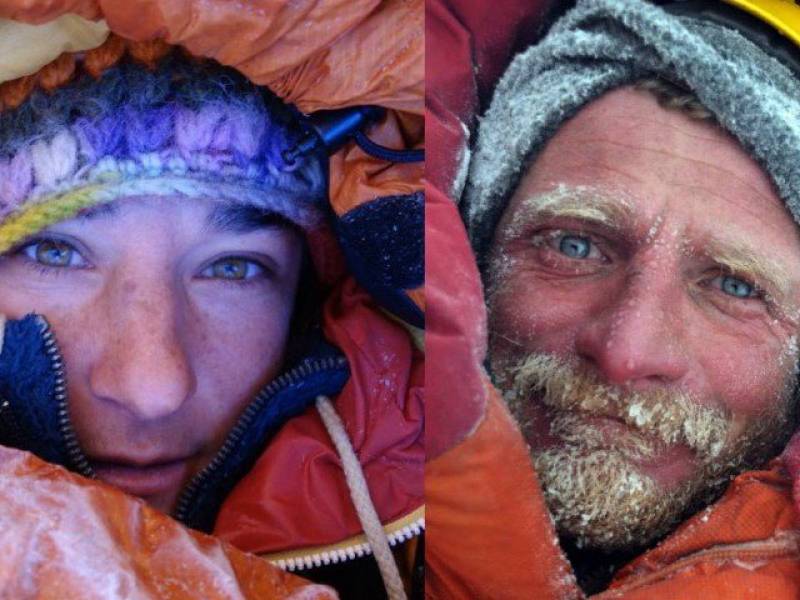 RAWALPINDI - Pakistan Army has launched a rescue operation to search for two climbers who had gone missing on Thursday while trying to scale Nanga Parbat .

A helicopter of Askari Aviation flew from Skardu to the K2 basecamp where it picked up four Polish climbers including team leader Jaroslaw Botor, Denis Urubko, Adam Bielecki, and Piotr Tomala along with some gear on Saturday afternoon.

French climber Elisabeth Revol and Polish mountaineer Tomek Mackiewicz, who were attempting to scale the 8,126 metre “Killer Mountain”, got stuck at an altitude of 7,400m. Mackiewicz, who has attempted to climb the ninth highest mountain in the world on six previous occasions, suffered snow blindness and frostbite.

Revol then had to bring Mackiewicz to a safe point before heading lower herself. According to her tracker, she was at 6,670m.

In response to a request for rescue of two foreign mountaineers (one male one female), who are stuck in bad weather at Nanga Parbat , a rescue operation by Pak army is in progress #pakarmytotherescue

According to initial reports, nobody had been able to contact the two climbers once the pair had reached an altitude of 8,000 metres on Thursday.

The two-member team attempting to reach the summit of Nanga Parbat in winter had reportedly started their expedition on Jan 8.

Polish media said the two mountaineers had reached an altitude of 7,300 metres and wanted to reach the summit on Thursday. They said that people at the base camp were extremely concerned about the safety of the two climbers.

Last June, Spanish alpinist Alberto Zerain and Argentinian Mariano Galvan had gone went missing while attempting to summit the “Killer Mountain”. A search was launched for them but it was believed that they had been buried under an avalanche.