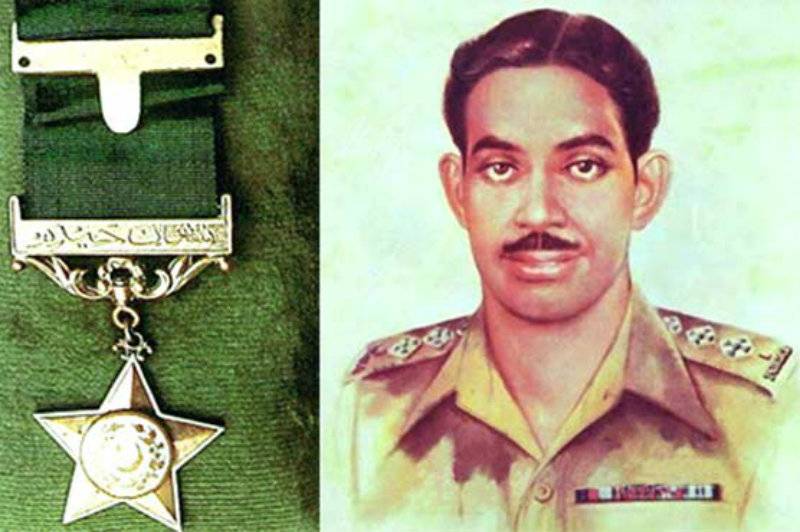 LAHORE - The martyrdom anniversary, or Youm-e-Shahadat, of Captain Raja Muhammad Sarwar Shaheed was observed across the country on Wednesday to commemorate his timeless sacrifice for the nation in the 1948 battle for Azad Kashmir, a territory disputed with neighboring India and administered by Pakistan.

Captain Raja Muhammad Sarwar holds the distinction of being awarded the Nishan-e-Haider, Pakistan’s highest military award, for the first time in the country's history, owing to the tremendous valor that he displayed in the battlefield during the war in Kashmir, during which he embraced martyrdom.

Raja Muhammad Sarwar was born in Singhori village in Gujar Khan Tehsil on November 10, 1910. His father, Raja Muhammad Hayat Khan, served in the British army as a constable. Raja Sarwar obtained his early education from Islamia High School in Faisalabad. He had three brothers and one sister. He was married in 1936 and became a father to a son and a daughter.

He entered the army as a sepoy in April 1929 and served in the Baloch regiment till 1941. He was commissioned in the Punjab regiment in 1944 and also got promoted to the rank of Second Lieutenant that very year.

He joined the Punjab regiment in 1946 and achieved the rank of Captain, months before the creation of Pakistan. Once the country emerged on the map of the world in 1947, Raja Muhammad Sarwar volunteered to be a part of the battalion formed to regain Kashmir.

He was given the rank of Company Commander of the Second Battalion of the Punjab Regiment. Under his leadership, the regiment was able to force the Indian forces to retreat out of certain regions of Gilgit-Baltistan. However, his battalion faced heavy resistance from the opposing forces present in the Uri sector as the soldiers pushed forward to take over a well-guarded enemy position.

As he continued moving forward along with his battalion, the intensity of gunfire, grenade attacks, and mortar fire increased. He was martyred on July 27, 1948, after receiving multiple shots to his chest while attempting to cut a barbed wire barrier to progress further into enemy lines.

In recognition of his courage, Captain Sarwar was awarded the Nishan-e-Haider by the Pakistan army.