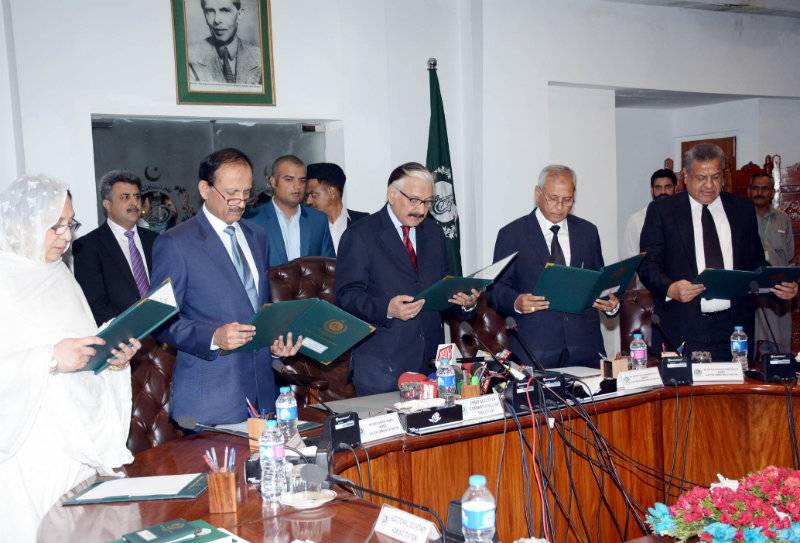 ISLAMABAD - Four newly appointed members of the Election Commission of Pakistan (ECP) on Wednesday took the oath of offices.

President Mamnoon Hussain had earlier confirmed their appointments under Article 218(2)(b) of the Constitution.

The summary for appointments was forwarded by Prime Minister Nawaz Sharif after a parliamentary committee comprising twelve members of the government and opposition approved names of the new ECP members.