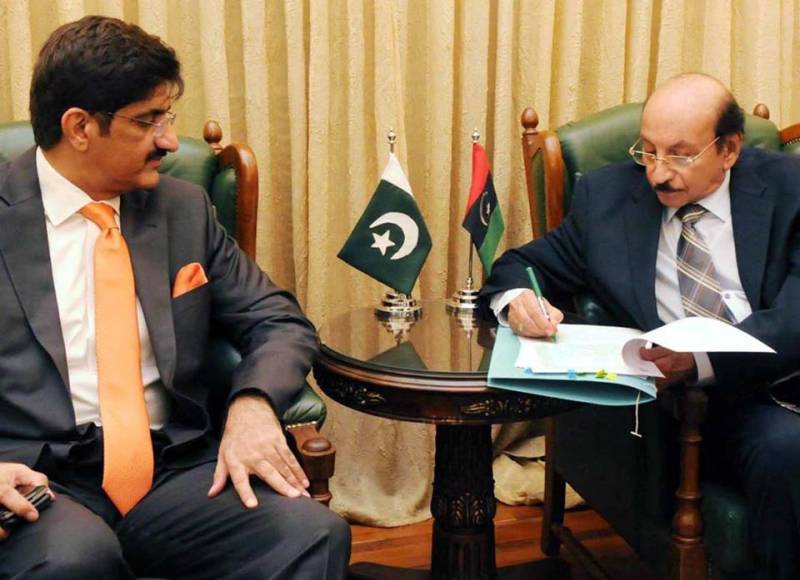 KARACHI - The freshly nominated Chief Minister of Sindh Syed Murad Ali Shah has spoken up about the challenges faced by the province and his priorities to lessen the longstanding issues of Sindh.

The 54-year-old Shah said that he would declare a health and education emergency to improve the performance of the social sector in the province. He added that he would show good governance so that the PPP could win next elections in Sindh and the entire country.

Murad went on to say that maintaining peace in the metropolis would be his biggest challenge.

Read More: The new Saieen in town: Syed Murad Ali Shah, the next CM of Sindh

Earlier, Adviser to CM for Information, Moula Bux Chandio, confirmed the nomination of Murad Ali Shah and said that a 'change' had come in the province.

Shah is expected to be elected as the chief minister during the Sindh Assembly session on Friday, while the oath-taking ceremony for his appointment will also take place on the same day.

Bilawal Bhutto Zardari had nominated Murad Ali Shah for the post of next CM Sindh in presence of over 50 party officials. The incumbent Chief Minister Qaim Ali Shah has reportedly resigned from his post.