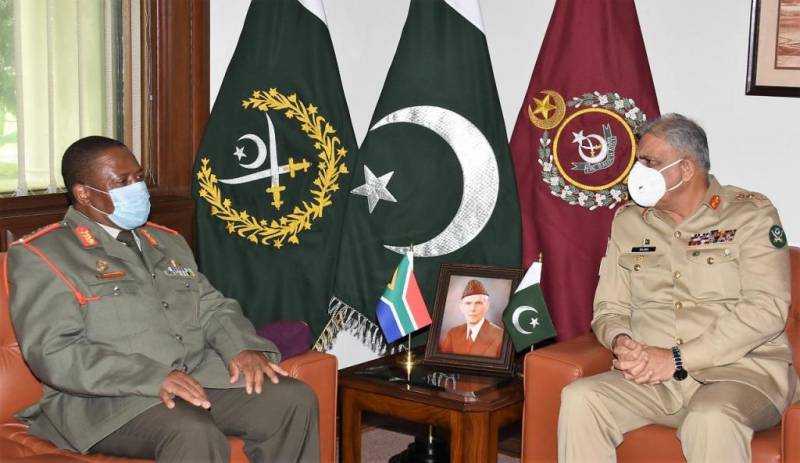 During the meeting, matters of mutual interests, regional security situation and defence, training & security cooperation between both the countries were discussed.

“COAS said that Pakistan attaches great value to its relations with South Africa. Pakistan views South Africa as a key country in African continent and we appreciate South Africa’s role towards regional peace, security and development of African region,” read the ISPR statement.

The visiting dignitary also appreciated Pakistan’s role in regional peace and stability especially the Afghan Peace Process. Both the dignitaries pledged to play their role for further improvement in bilateral cooperation at all levels.

During the meeting, both sides deliberated upon bilateral cooperation, security and prevailing regional environment.

The dignitaries dilated upon measures to enhance the level and scope of military to military engagements between both countries and reaffirmed to continue to forge deeper ties.

The visiting dignitary lauded the professionalism of Pakistan Armed Forces and acknowledged their sacrifices in fight against terrorism.

Earlier, upon arrival at Joint Staff Headquarters, a smartly turned out tri-services contingent presented ‘Guard of Honour’ to the visiting dignitary.