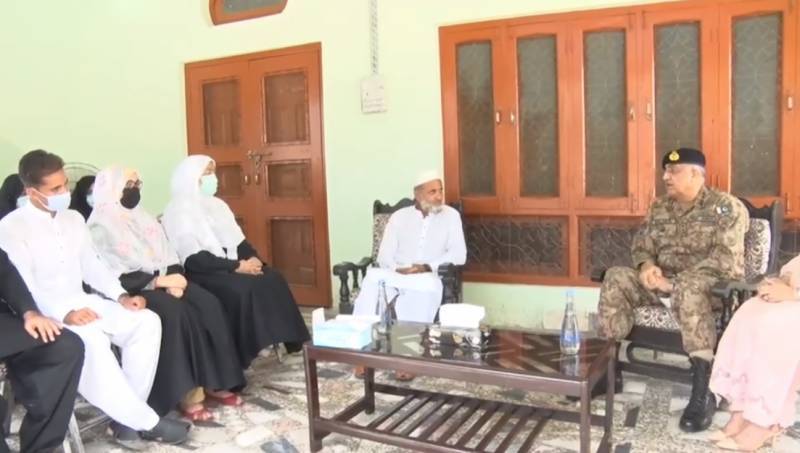 RAWALPINDI – Chief of Army Staff General Qamar Javed Bajwa has reiterated the firm resolve of Armed Forces to defeat the enemies of Pakistan.

He expressed these views while interacting with the family of Shaheed Captain Basit Ali, during his visit to their native village near Haripur, according to the Inter Services Public Relations.

The Army Chief prayed for the departed soul and offered Fateha. He said nothing is greater than laying down one's life for defence of the country.

General Qamar Javed Bajwa said the entire nation is proud of the ultimate sacrifices rendered by our national heroes.

RAWALPINDI - Two troops of the Pakistan Army were martyred during an area sanitisation operation in Khyber ...