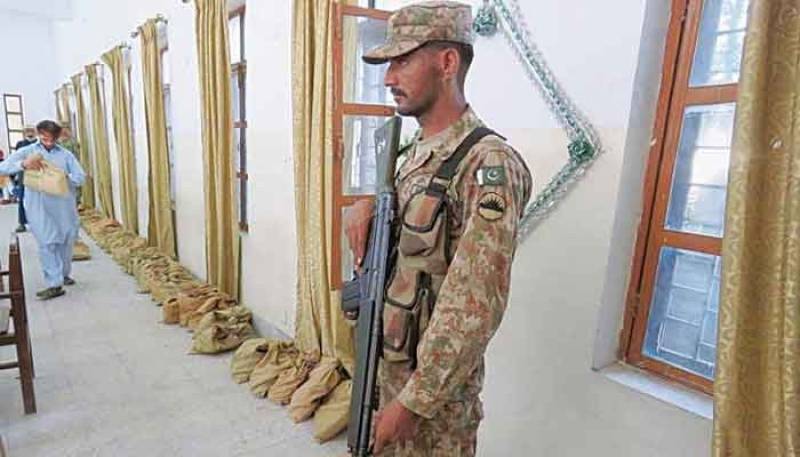 RAWALPINDI – Pakistan Army troops have been deployed in Azad Jammu and Kashmir (AJK) on "Quick Reaction Force mode" from July 22 to July 26 to ensure security during forthcoming elections.

The Inter Services Public Relations (ISPR) in a statement said the troops are going to be deployed under Article 245 of the Constitution.

"Army has been requested by the AJK Election Commission to provide secure environment during AJK elections scheduled on July 25," the statement read.

"AJK Police, assisted by law enforcement agencies from other provinces and civil armed forces — including Rangers and the FC — will be employed for smooth and peaceful conduct of AJK elections," it added.

The development comes a day after the political parties contesting the AJK elections agreed on calling in the army for security and support.

The decision was taken in a meeting had been called by the Election Commission to develop consensus on the deployment of army.