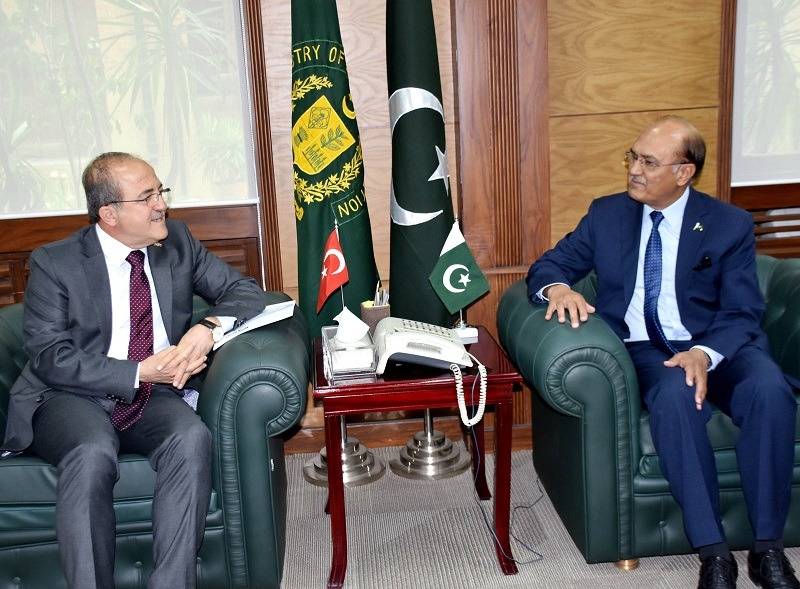 RAWALPINDI - The Minister for Defence Production Lt. General (retd) Naeem Khalid Lodhi has expressed Pakistan’s strong desire to deepen, broaden and strengthen its partnership with Turkey in all fields including defence cooperation to the optimum level.

In a meeting with a Turkish delegation led by the Deputy Minister of the National Defence Republic of Turkey, Suay Alpay held at the Ministry of Defence Production in Rawalpindi on Wednesday, Naeem Khalid Lodhi appreciated the historical relations between the two countries.

The minister admired role of Turkey in supporting Pakistan at all regional and International fora. He also lauded the democratic and development initiatives of the Turkish President Recep Tayyip Erdogan as a visionary leader.

The minister for defence production extended thanks for construction of Fleet Tanker for Pakistan Navy.