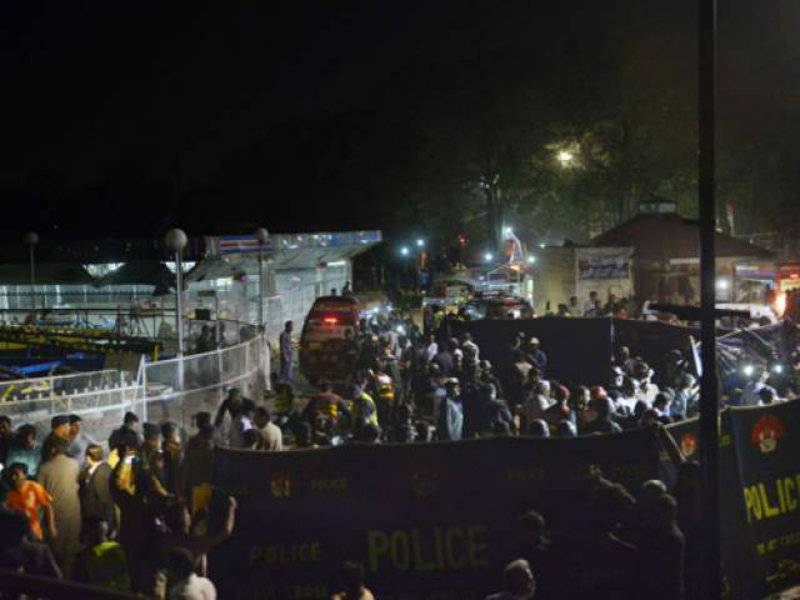 LAHORE (Staff Report) - At least 74 people have been killed and over 300 injured after a suicide bomber hit the Gulshan Iqbal Park, near Moon Market, Allama Iqbal Town on Sunday.

The blast was just outside the exit gate and a few feet (metres) away from the children's swings.

Eye witnesses said there were pools of blood and scattered body parts at the site of the blast.

Related- #LahoreBlast: These tales of victims will leave you in tears (Photos)

DIG Operations Haider Ashraf, while talking to media, said that the eye witness reports have stated that this was a suicide explosion.

Adviser to Chief Minister on Health Salman Rafique confirmed the death toll. Edhi sources add that over 200 are injured.

According to Rescue sources, nearly 300 injured people were shifted to nearby hospitals.

Police and rescuers immediately reached at the site and cordoned off the area.

Scores of the injured persons, including women and children, are said to be in critical condition. 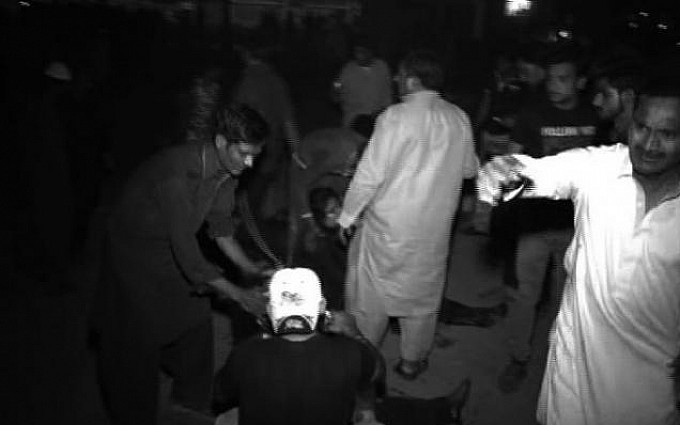 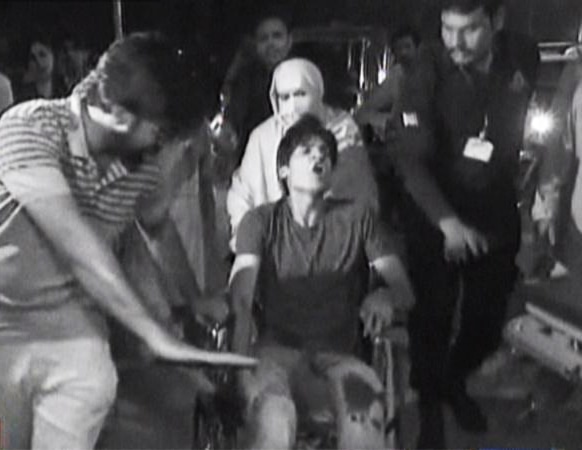 All public hospitals in the city have been placed on emergency. 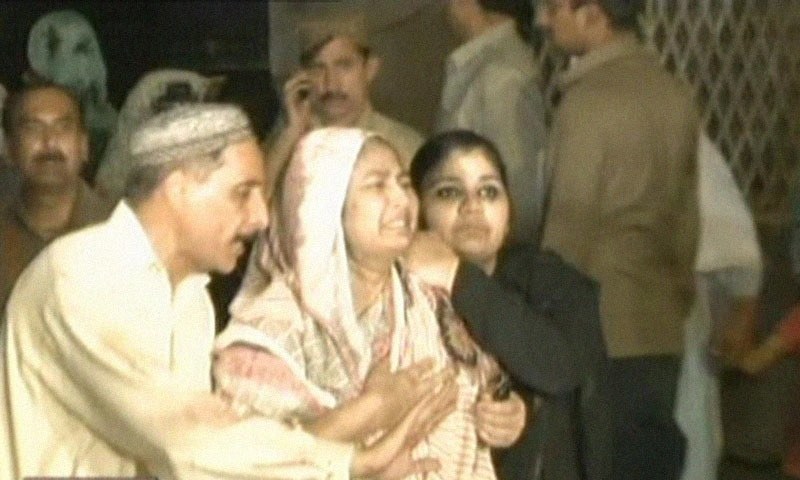 The injured have been shifted to Jinnah Hospital , General Hospital and Sheikh Zayed Hospital. 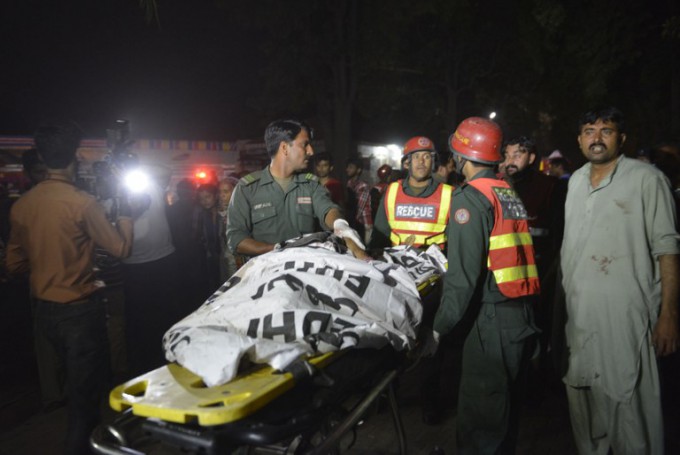 Around 35 people, three of them children, were shifted to Jinnah Hospital while 45 were rushed to Sheikh Zayed Hospital and others were taken to private hospitals. 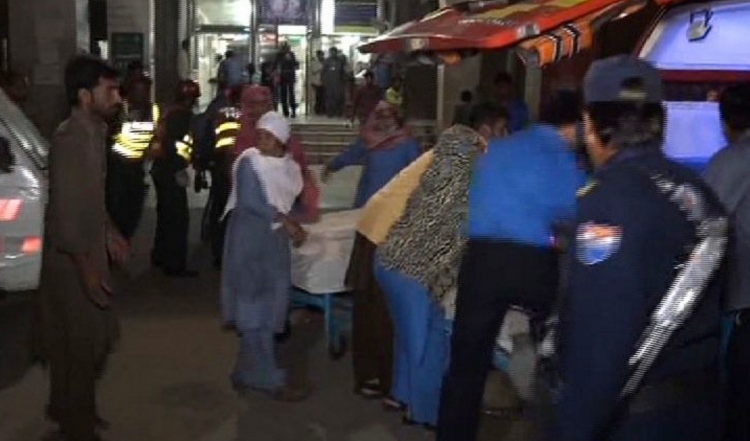 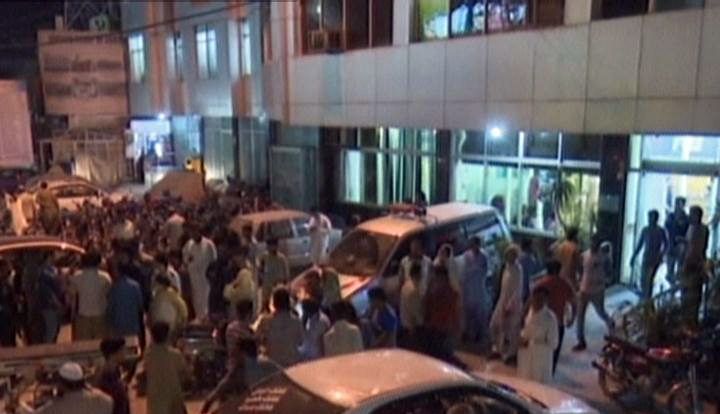 Troops and personnel of Counter-Terrorism Department also reached the scene to carry out the rescue work and cordon off the area. 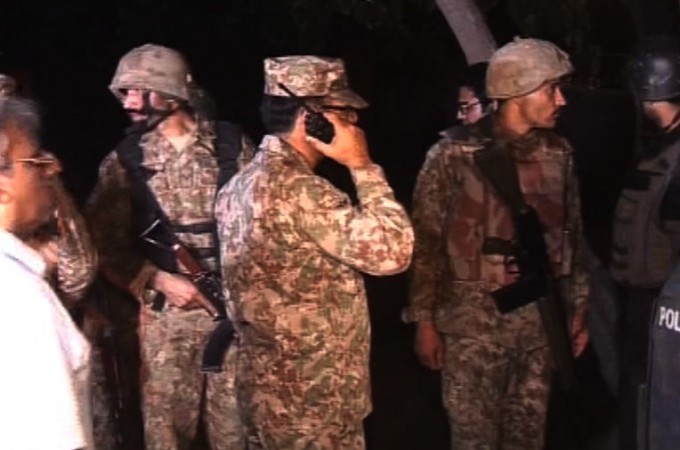 According to security sources, upper body of the suspected bomber was still intact and that he could be easily identified.

Park employees said the park was packed with people since it was Sunday and Easter Day.

Thousands of people visit the park on weekends.