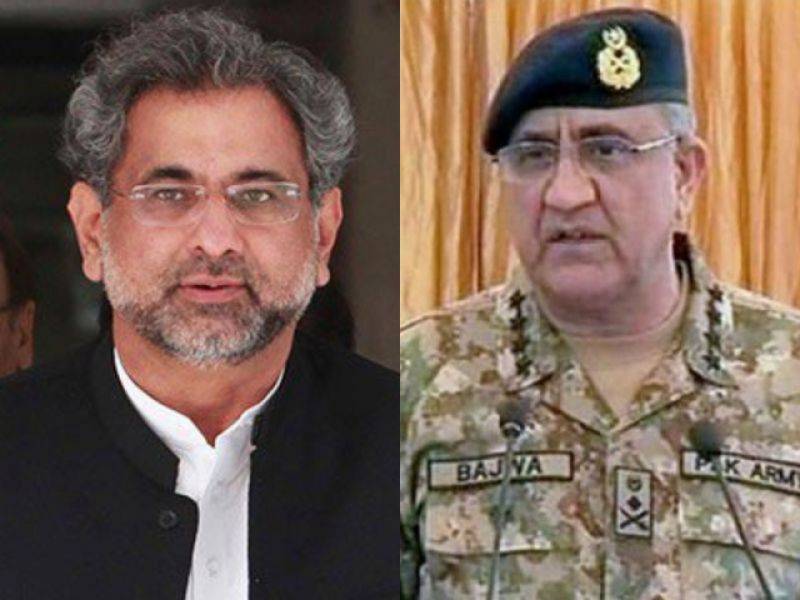 The delegation led by the prime minister is expected to hold meetings with Saudi Arabia's Crown Prince Mohammed bin Salman and other officials during the visit. During the meetings, bilateral relations, regional and international situation would be reviewed.

Media reports suggest that the delegation would reach back Pakistan tonight.

Addressing the defense ministers and other high-ranking officials, the crown prince said that Sunday’s meeting sends “a strong signal that we are going to work together and coordinate together to support each other.”

However, the alliance doesn’t include Iran, Iraq or Syria, while member nation Qatar sent no one to attend the one-day Riyadh gathering amid a diplomatic standoff between Doha and four Arab nations led by the kingdom.

“The biggest danger of this terrorism and extremism is the tarnishing of our beloved religion’s reputation […] We will not allow this to happen,” said the royal who has been the driving force behind this coalition. “Today, we start the pursuit of terrorism and we see its defeat in many facets around, the world especially in Muslim countries. We will continue to fight it until we see its defeat.”

The crown prince also offered his condolences to Egypt, which suffered an attack on Friday by Islamic militants on a mosque in northern Sinai that killed 305 people.

“This is indeed a painful event and it is a recurrent and strong reminder the dangers of this terrorism,” he said.

Speaking on the occasion, Pakistan’s ex-army chief General (r) Raheel Sharif has said the Saudi-led alliance will act as a platform to assist member countries in their counter terrorism operations through intelligence sharing and capacity building.

Sharif, who is also the commander-in-chief of the military coalition, said: “A number of our member countries are under tremendous pressure while fighting well established terrorist organisations due to capacity shortages of their armed forces and law enforcement agencies”.

Pakistan’s Minister for Defence Khurram Dastgir Khan acknowledged and appreciated the efforts of Saudi leadership in building partnerships to counter the scourge of terrorism and extremism.

He highlighted Pakistan’s key role in the global fight against terrorism and showcased Pakistan’s successful counter-terrorism operations and the comprehensive National Action Plan.

Dastgir assured Saudi Arabia and the participating countries of its support and cooperation within the mutually agreed framework of Islamic Military counter-terrorism coalition.