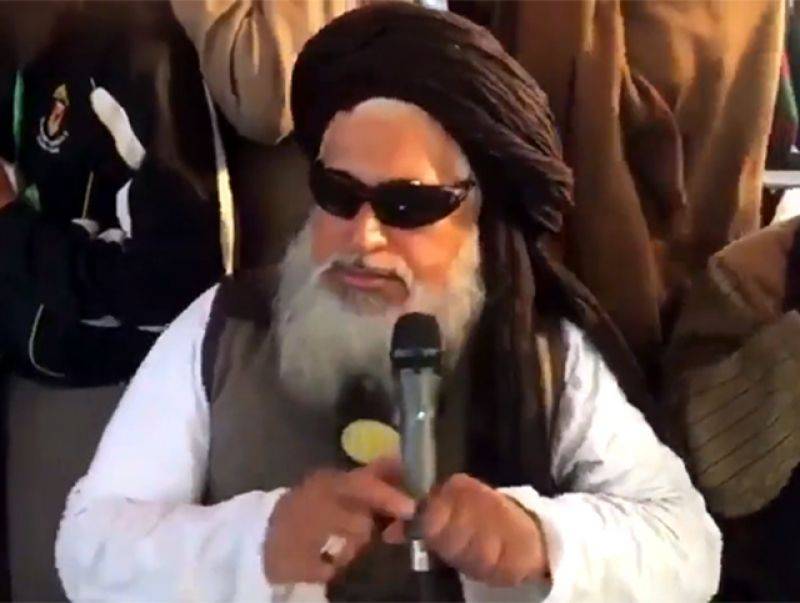 ISLAMABAD - Khadim Hussain Rizvi, the leader of Tehreek-e-Labbaik Ya Rasoolullah, on Monday showed anger for not giving live coverage to his presser in which he announced to call off Islamabad sit-in after a deal with the government.

Rizvi was about to conclude his much-anticipated press conference when he learned that the media talk was not being broadcast live. Expressing resentment, he asked the media person to keep sit here or give live coverage.

Media reports suggest the reporters were given safe passage after the Rangers troops intervened.

The sit-in that was staged as a protest against the amendment in the Khatam e Nabuuwat clause in the recently passed Election Act 2017 came to an end hours after the Pakistani government and Tehreek-e-Labbaik signed an agreement – brokered by the Army – putting an end to the escalating wave of tension across the country.

While the PML-N government appears to have surrendered to all the demands by the protesting side after certain assurance of not resorting to violence, the truce pact also makes the religio-political party bound to refrain from issuing any fatwa (decree) against Law Minister Zahid Hamid – the man blamed to have introduced the controversial ‘Khattam-Nabuwwat amendment’ in the Election Reforms Bill.

Addressing a press conference in Islamabad, Rizvi expressed that the sit-ins staged in different cities across Pakistan should also be called off as the group had inked an agreement with the Pakistan Muslim League Nawaz government.
He expressed that a deadline of twelve hours was given to the government to release the detained workers adding that the chehlum (the fortieth day) of the deceased workers would be observed on January 4 at the Liaquat Bagh Rawalpindi.
‘On the assurance of the Chief of Army Staff (COAS) General Qamar Javed Bajwa, we are calling off the sit-in,’ Khadim Hussain Rizvi told the crowd that had virtually paralysed the busy thoroughfare from over three weeks.
The move comes hours after Federal Law Minister Zahid Hamid voluntarily stepped down from his position and forwarded his resignation to Prime Minister Shahid Khaqan Abbasi, which will be accepted later in the day.