IDEAS 2018: Our weapons are for defence, says President Alvi 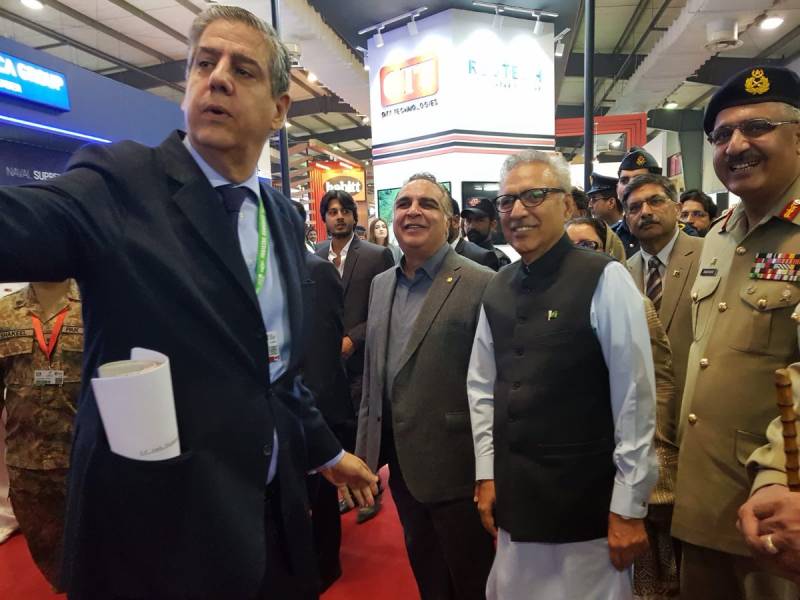 KARACHI - President Arif Aliv while addressing the inaugural ceremony of the 10th International Defence Exhibition and Seminar (IDEAS) 2018 in Karachi on Monday said that weapons possessed by Pakistan are for defence of the country.

The president also congratulated the administration for holding the exhibition. The four-day event, at the Expo Centre in Karachi, is exclusively for trade visitors and official defence delegates.

Appreciating Pakistan Army’s role in the war against terrorism, Alvi said: “Our forces are most experienced in dealing with terrorism”.

“We are proud of our martyrs,” he said, adding that every step will be taken to ensure the defense of the country. 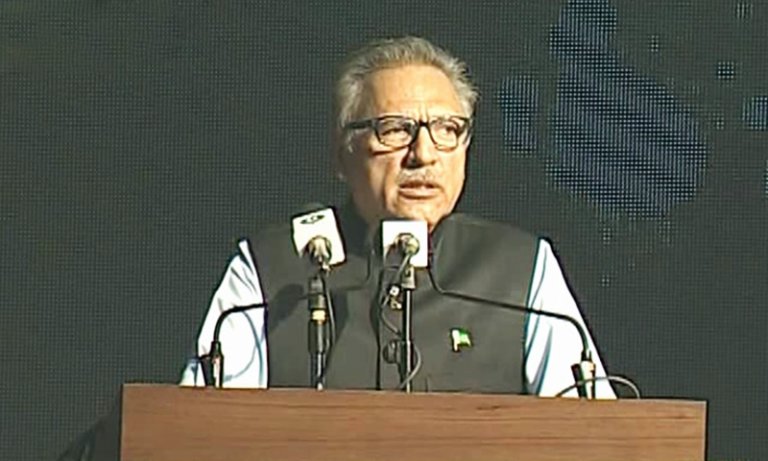 He said that Pakistan suffered huge losses owing to terrorism and now it is on the course to emerge as Naya Pakistan.

“We are taking measures to drive the country of economic crisis,” the President said, besides highlighting the significance of country’s geographic location in the region.

He asserted that weapons possessed by Pakistan are for its defense, adding that Pakistan is a peaceful country.

Talking about Kashmir issue, Alvi said that India cannot deprived Kashmiris from their right by using force. India will have to turn to dialogues to settle the issues.

“Our peace-loving efforts should not be mistaken with weakness,” he said, adding that the sole way to settle the regional issues is dialogues.

The exhibition will be attended by 262 high-level delegations from 52 countries, according to officials of the Defence Export Promotion Organization (DEPO). Another significance of IDEAS 2018 is the holding of exclusive land, maritime and aviation conferences by Pakistan Army, Navy and Air Force respectively. The conferences will be hosted by the respective service chiefs.

In order to specially mark the 10th edition of IDEAS 2018, the Ministry of Pakistan Postal Services would issue a commemorative postal stamp of Rs10. These tickets will be available for sale from November 27 at major post offices. In addition, two Russian Naval Ships are also visiting Pakistan for port call during the exhibition.

Moreover, IDEAS Karachi Show has been planned especially for the people of Karachi on November 29 at Nishan e Pakistan, Sea View. In addition, November 30 has exclusively been reserved for public visits.

Over 300 traffic policemen will be deployed during the expo, according to a plan by Sindh Police. University Road will be open for traffic throughout the four-day exhibition.

The traffic police have issued a traffic plan for the 10th International Defence Exhibition and Seminar (IDEAS) 2018 set to begin in Karachi on November 27.#sindhpolicedmc #IDEAS2018 #TrafficAlert pic.twitter.com/PBc605agiF

Heavy traffic will not be allowed to use the road from Nipa to Millennium Mall and Karsaz to Hassan Square.

Parking around the Expo Centre is not allowed and residents of the area will only be allowed to enter by showing their national identity cards.

PIA is proud to be the official travel partner for IDEAS 2018, the International Defence Exhibition and Seminar.#PIA #Ideas2018 #TravelPartners pic.twitter.com/ficwb8NrlH