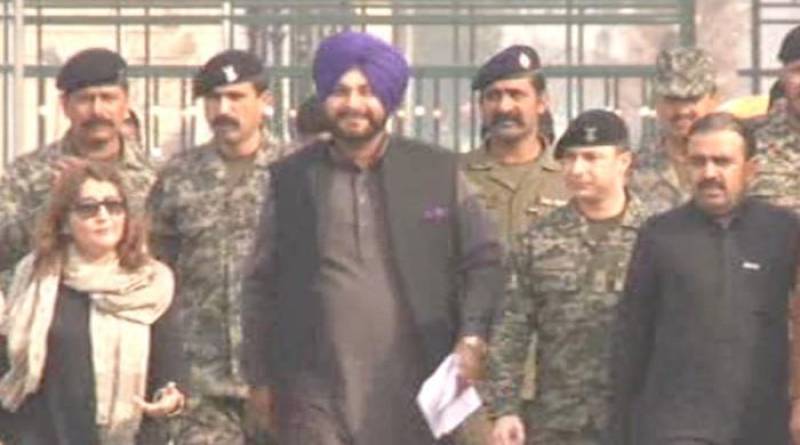 Talking to media, the Indian politician, who was received by Pakistan authorities at the border, said that it is a moment of great happiness not only for him but for all the Sikh community. "I want to thank Pakistani prime minister and officials".

Sidhu said that the pledge made by Prime Minister Imran Khan three months ago is going to be accomplished, adding that hatred can be turned into love.

“Karturpur corridor will prove to be a route leading to peace," he added.

“There are various artists and cricket players in Pakistan and India which everyone loves," he said and called for holding cricket matches between two countries.

He said that a historic event is set to be taken place tomorrow.

However, Sushma Swaraj on Saturday excused herself from attending the ceremony. She said that two ministers of the Indian government will attend the ceremony.

NEW DELHI - Sushma Swaraj, India's Minister for External Affairs, on Saturday excused herself from attending the ...