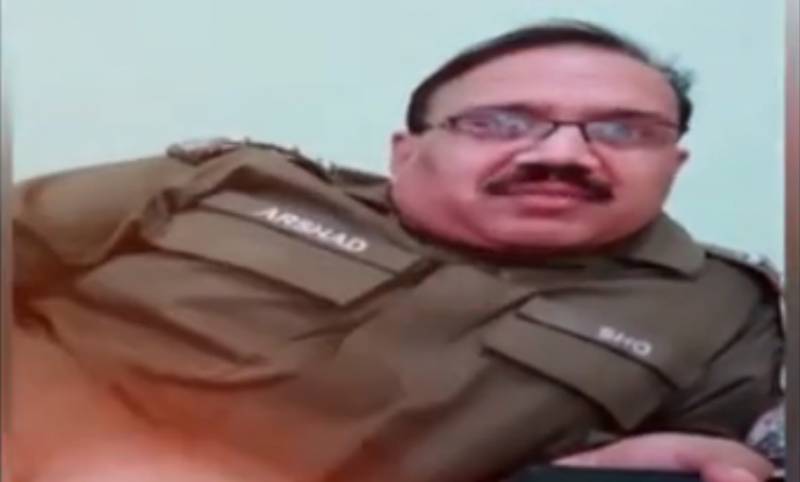 MULTAN - A Punjab cop has been suspended for posting a video in which he can be seen depicting a Bollywood villain while delivering a dialogue from a Bollywood movie.

An inquiry has been launched against the Kalyana Station House Officer (SHO) after Pakpattan District Police Officer (DPO) Maria Mehmood took notice of the video.

Speaking to a private news channel, Arshad said he was unaware of the fact that his video was uploaded on the social media. “The video was shared on social media by my nephew,” the suspended officer said in his explanation.

PAKPATTAN - A man, earlier mistaken as a cop, has come forward to explain that he has nothing to do with the law ...

In September, an Airport Security Force (ASF) employee lost two years of her service for grooving to an Indian Punjabi song and uploading her dance video on social media.

LAHORE - The Airport Security Force (ASF) on Monday seized two years service of a female personnel who had uploaded her ...

The woman, identified as Zainab, was also barred from using the social media.

Earlier this year, a woman personnel of Punjab Police made headlines after her video of dancing to an Indian song had gone viral on social media.

PAKPATTAN - A female official of Punjab police caught the attention of social media, for all the wrong reasons on ...

The woman – clad in Olive Green uniform – had performed in the premises of the shrine of Hazrat Fariduddin Ganjshakar, who is buried in Pakpattan city of Punjab.