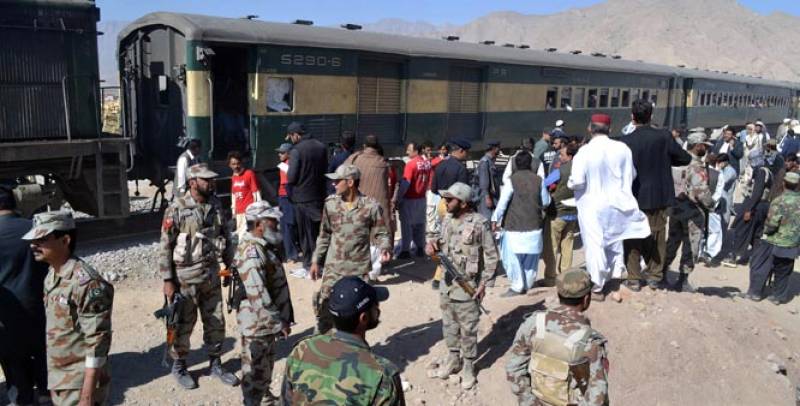 QUETTA - At least five passengers were injured in a blast targeting a passenger train in Balochistan's Bolan district on Friday.

According to Levies sources, the Akbar Bugti Express passenger train in the Hirak area of district Bolan came under the attack partially damaging its bogie Number 9.

The blast was so severe that it rocked the entire area, sources added.

The injured were rushed to nearby Mach hospital for medical treatment, where an emergency had been declared.

HARNAI - A leader of Awami National Party (ANP) and his brother were killed on Friday after their vehicle exploded in ...

After the blast, Frontier Corps personnel, levies and police reached the spot for investigations while the train was later brought to the Mach Railway Station.

The blast followed killing of a leader of Awami National Party (ANP) and his brother after their vehicle exploded in an area of Harnai, a district in north-east of Balochistan.