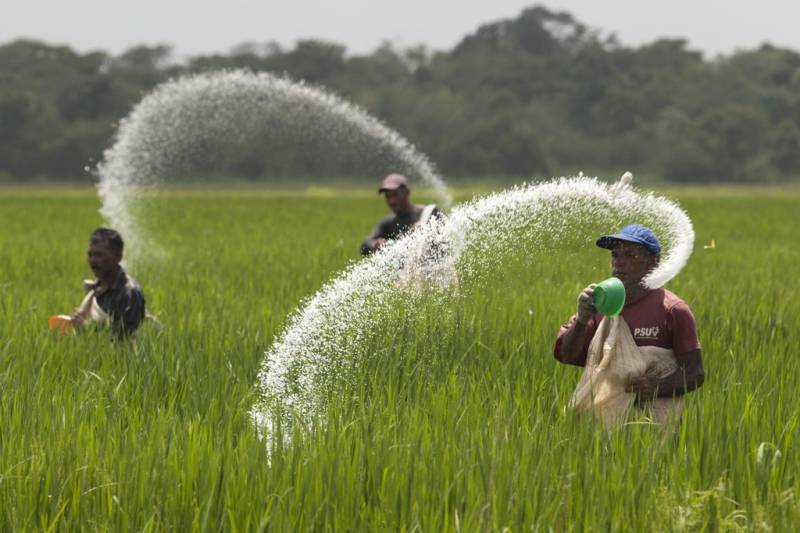 ISLAMABAD - Economic Coordination Committee (ECC) of the cabinet here on Monday has approved the reduction in price of imported urea fertiliser and fixed its price at Rs. 1,200 par bag.

The summary of reduction in imported urea price was presented by Ministry of Industries and Production, a statement issued by the Ministry of Finance said.

The ECC had earlier fixed the price of the imported urea at Rs.1,310 per bag.

The ECC had earlier formed a committee headed by Secretary Industries and Production to propose steps for the enhancement of sales of the imported urea.

The committee in today’s meeting presented its report and suggested measures to boost the sales and recommended reduction in price.

The ECC after detailed deliberations reduced the price to Rs. 1,200 per bag in order to enhance the sales of the commodity to boost agriculture output.

The meeting also accorded approval to the proposal of the Ministry of Finance for the issuance of Sukuk, 2016 and it was informed that as the international rating agencies have improved the ratings of Pakistan, the current issue of the Sukuk is expected to bring in a better yield.

Finance Division also requested the exemption of certain taxes and duties for making the sale of the Sukuk a desirable transaction for the foreign investors, which was approved by the ECC.-APP