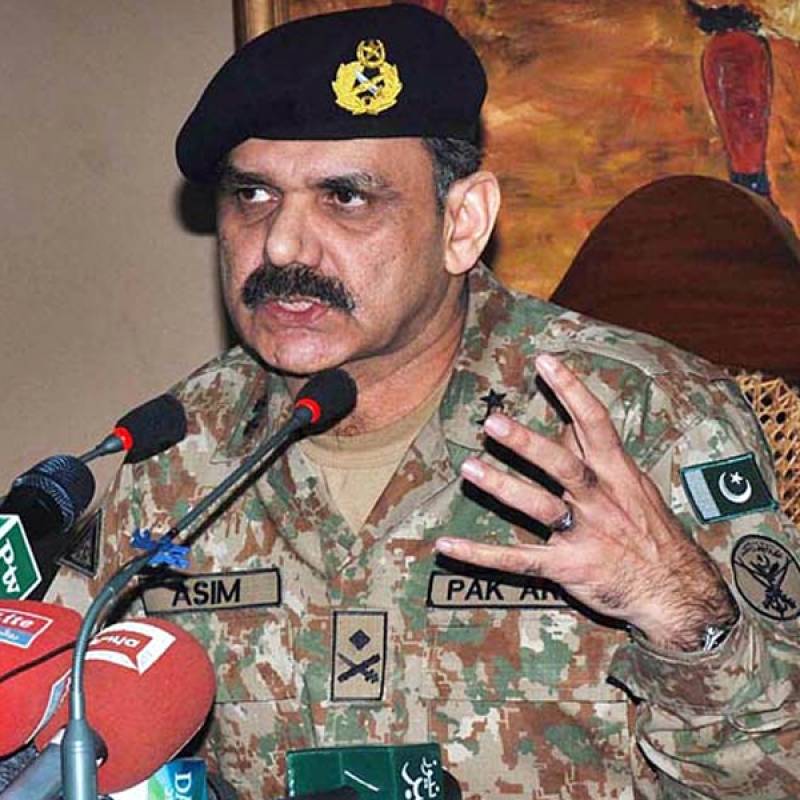 ISLAMABAD (Web Desk) - The Director General Inter-Services Public Relations (ISPR) Lieutenant General Asim Saleem Bajwa on Tuesday clarified that the military is keeping a close eye on the eastern (Indian) border to respond to any aggression.

“We are closely monitoring developments at the Eastern border and fully prepared to respond to incident (aggression)” he said.

“Hurling accusations of Uri attack on Pakistan without any evidence is regrettable,” he added.

Briefing the media about border management, ISPR spokesperson said Pakistani security forces have cleared Rajgal mountains of militants, he said and added that we are in complete control of the Pak-Afghan border area.

“Work over 20 posts for border management has been completed and personnel of security forces have been deployed there.” Asim Bajwa said.

The military official also disclosed the progress regarding operation Zarb-e-Azb stating that the main objectives of Operation have been achieved.

He also stressed the need for implementation of National Action Plan (NAP) and added that top-level deliberations are being made to ensure implementation on NAP in letter and spirit.