Unilateral revocation of Indus Water Treaty to be an act of war by India: Sartaj Aziz 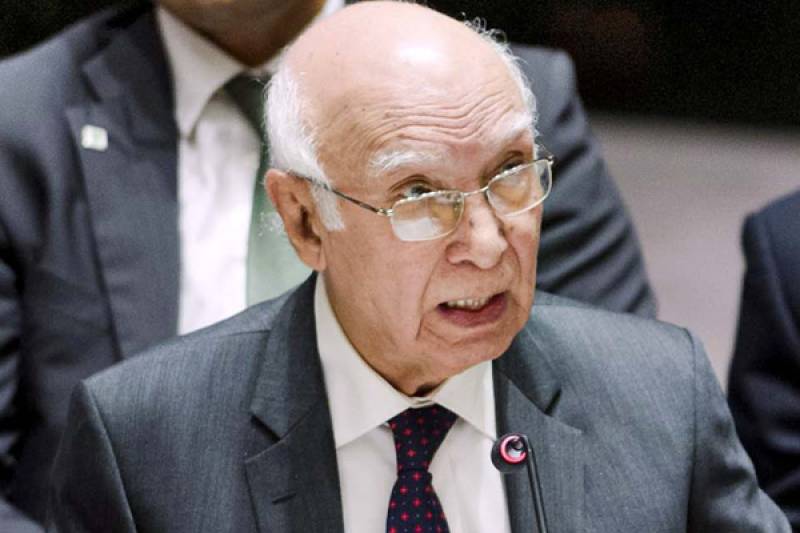 ISLAMABAD (Web Desk) - Adviser for Foreign Affairs Sartaj Aziz has said unilateral revocation of Indus Water Treaty will be an act of war.

Speaking in the Senate on Tuesday, he stated the pact is an international agreement and a joint document signed by Pakistan and India, which can simply be revoked mutually rather than unilaterally.

He said according to our assessments India is not pursuing the option of revoking the treaty, but they are attempting to apply provisions of the treaty to construct run of the river projects. Probably, they will misuse these provisions by constructing structures which are not allowed under the treaty.

Sartaj Aziz said Pakistan is identifying all the possible misuses and activities that India can undertake to interfere in the treaty as well as its implementation.

He said we have prepared a dossier in this regard which will be shared with P-5 countries, the World Bank and others to warn India that this is what is likely to happen and we must persuade or pressurize New Delhi not to do so otherwise consequences are very clear.