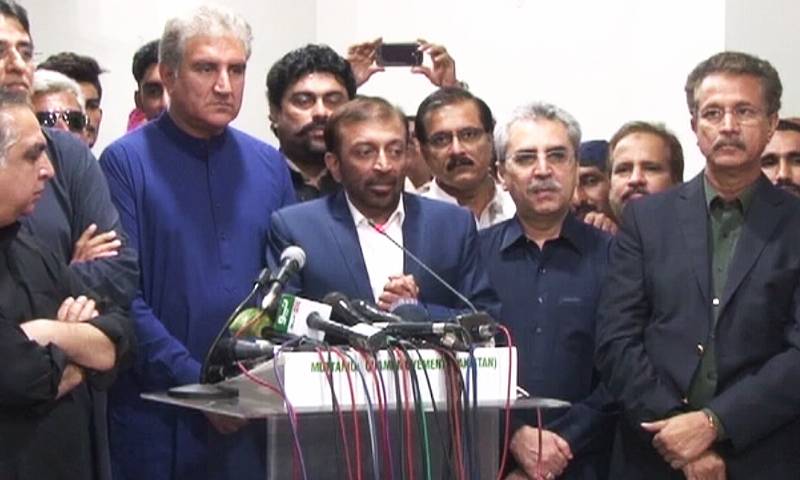 KARACHI - The Pakistan Tehreek-i-Insaf (PTI) and Muttahida Qaumi Movement-Pakistan (MQM-P) have reached a consensus to bring a new opposition leader in the National Assembly by replacing PPP's Khursheed Shah.

Expressing displeasure over role of Khursheed Shah, both parties stressed the need to change the opposition leader and also decided to contact other opposition parties in this regard.

The parties did not share name of the replacement, stating that media reports that Shah Mehmood will be candidate for the post would be "premature".

Talking to media after the meeting, Qureshi said that both parties were concerned that ruling party PML-N and PPP may make an under the table deal that would pose threats to a free and fair election.

With the new opposition leader, the PTI will be able to play important role in the appointment of a new head of the NAB  and caretaker setup.

Responding to the meeting, Khursheed Shah said that division among opposition parties will be beneficial for the government.

PPP is the largest opposition party in the lower house with 47 seats, while PTI holds 32 seats and MQM-P has 24 seats.