Enlightenment through books: A unique project to educate children and adults of Bannu 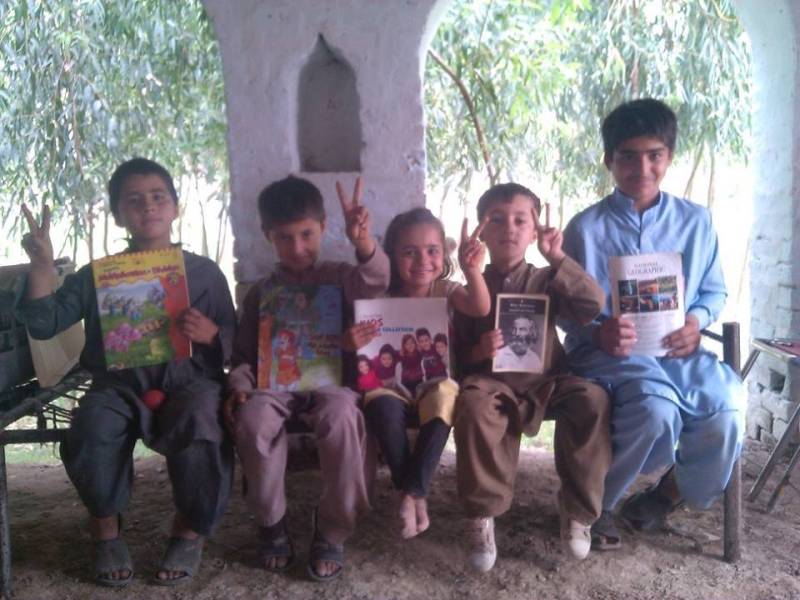 BANNU (Staff Report) – From outside the building looks like an ordinary house with a small gate, but inside an unusual activity is underway – men and children sit in rows listening intently to a man standing in front of them, talking about importance of peace for future of their children.

This is a Shamsher Ali Memorial Library in a union council of Bannu, where special classes are arranged for the villagers and their children. In absence of government support, Bannu residents have taken upon themselves to educate and enlighten their young and old by establishing libraries in the district. 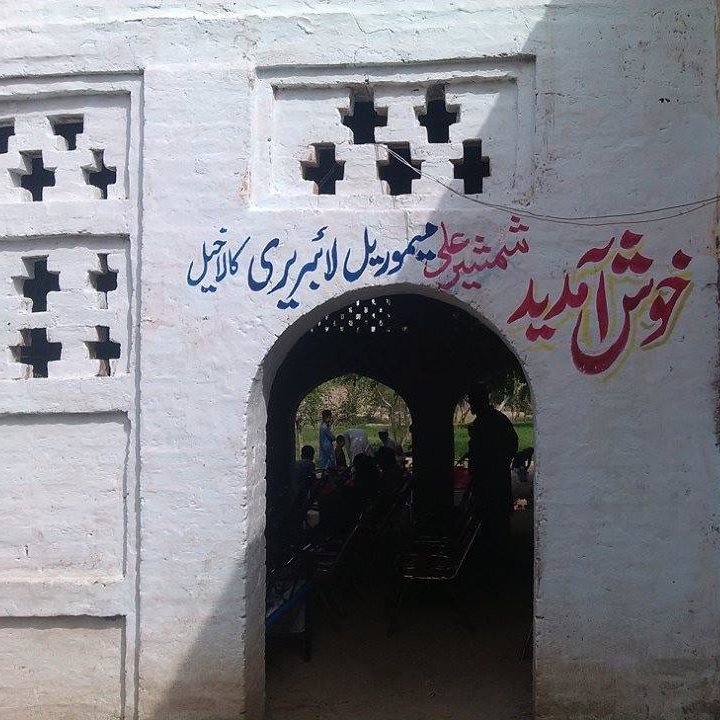 A group of young people in Kala Khel Masti Khan have joined hands to set-up libraries in the town and its adjoining villages, where children and their parents are given informal education to develop minds.

Mechatronics engineering student Asif Ali Khan along with three people have spearheaded the mission of setting up 49 libraries, one in each union council of the district, to educate children and bring behavioural change in adults. 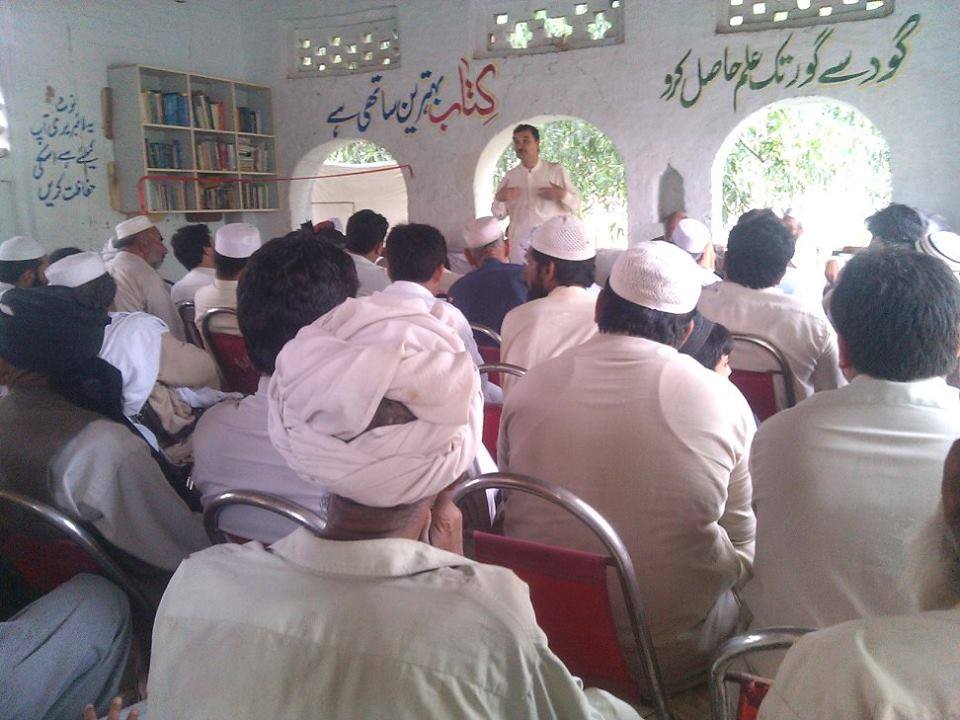 This is where Shamsher Ali Memorial Library comes in.

Talking to Daily Pakistan, Asif said, “Our aim is to work on three aspects – education, health and economics.” Adding, “Teaching them (children) how to read and write, and encourage their parents to involve in their children's education.”

The mission has reached its second phase under the banner of Education, Development, Change (EDC), an unregistered NGO, being headed by Asif, his brother Nowsher Ali Khan, cousin Irfanullah and Sara Khan, responsible for creating literature for the organisation.

With single shelf made of discarded planks and not more than a hundred books, EDC has begun the process of enlightening minds and bringing change in the district.

Asif said, “We aim to emphasize the importance of science, mathematics and English, raise awareness about child rights, protection of children in armed conflict, provide basic information about women health, and economic uplift of backward communities, tribes and women.” 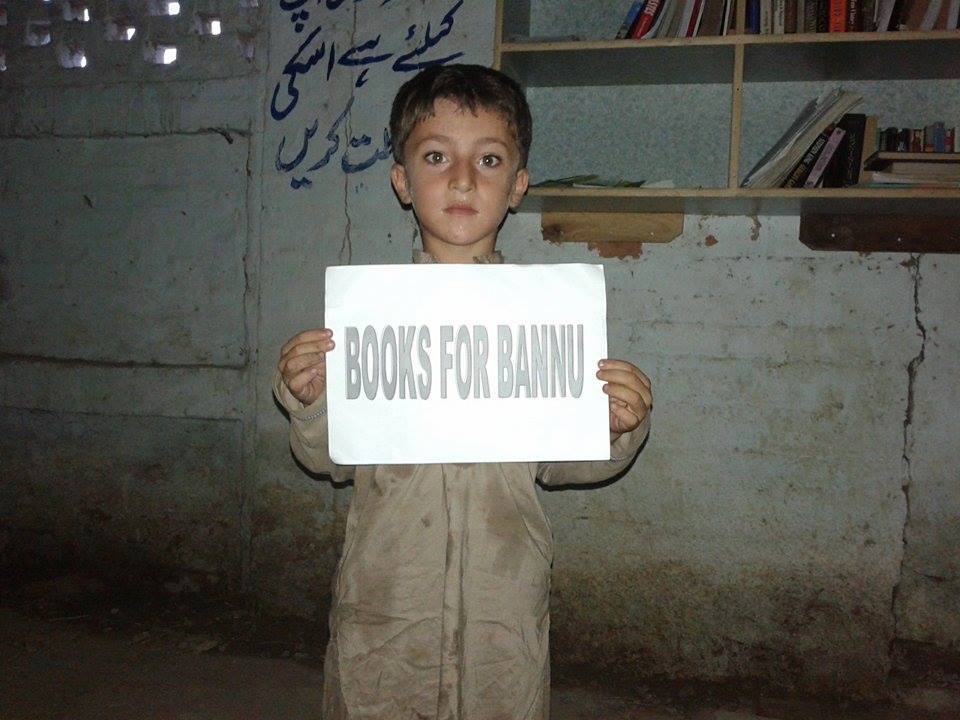 Only few months into the programme, Asif says he has seen slight change in people of his town, “It has been a month after its (library) establishment and no one has stolen single book.”

When asked if he needs support to run the libraries, Asif “requested the people to donate books and book shelves for 49 libraries, specially Urdu and Pashto literature books.” Financial support for the cause comes from Asif’s brother, who owns a garment shop in Bannu. 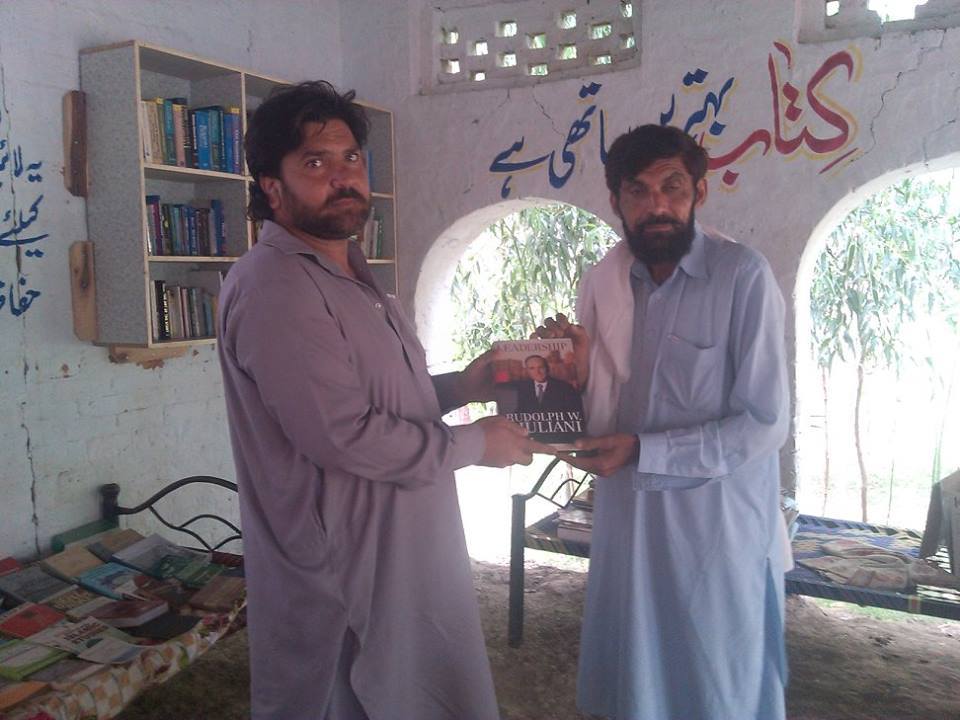 Asif said change in the district is not possible without government’s support. “We want government to provide us space and stuff for the management of the library, help in providing books and literature of different fields, e.g. agriculture dairy farming, and also provide us teachers for second time classes.”