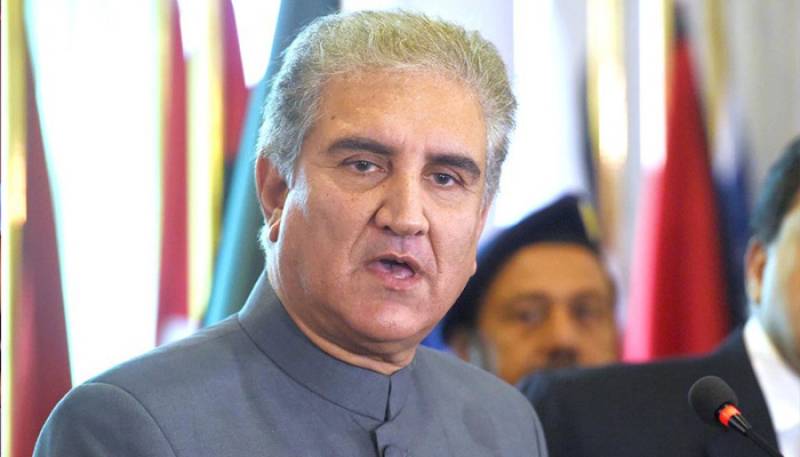 ISLAMABAD - Foreign Minister Shah Mahmood Qureshi on Thursday said as economic diplomacy was need of the hour, the government had placed economic revival and growth at the highest pedestal of its reforms agenda.

He was addressing the inaugural session of a two-day Envoys Conference on Economic Diplomacy opened to attract foreign investment in the country.

The foreign minister said Pakistan was the sixth most populous country, with the third largest number of English speakers, and a growing number of Chinese and Arabic speakers.

He said more than half of its population was less than 25 years of age making it larger than 179 countries in terms of demography.

He said Pakistan had one of the largest irrigation systems, the biggest producer of cotton and dairy products and the largest reserves of coal, salt and other minerals.

Shah Mehmood Qureshi said while pooling expertise and resources, the country needed to evolve genuine partnerships and build real synergies within departments, with the private sector, academia and research community.

He expressed the confidence that this conference would be able to produce insights, and come up with a plan of action and implementable recommendations.

Speaking on the occasion, Finance Minister Asad Umar emphasized on enhancing exports, employment, and foreign investment to steer the countrymen out of poverty. He said new markets for Pakistani products should be our focus.

Prime Minister's Advisor on Commerce Abddul Razzaq Dawood said that the conference was aimed at collective efforts for economic development of the country.

Razzak Dawood said the government was focusing on engineering, chemical, and information technology sectors to enhance exports.            He said new policy would be introduced for revival and promotion of industrial sector.

Pakistan's Ambassadors and Heads of Missions from select capitals, representatives of public and private sectors, and government institutions are participating in the conference.