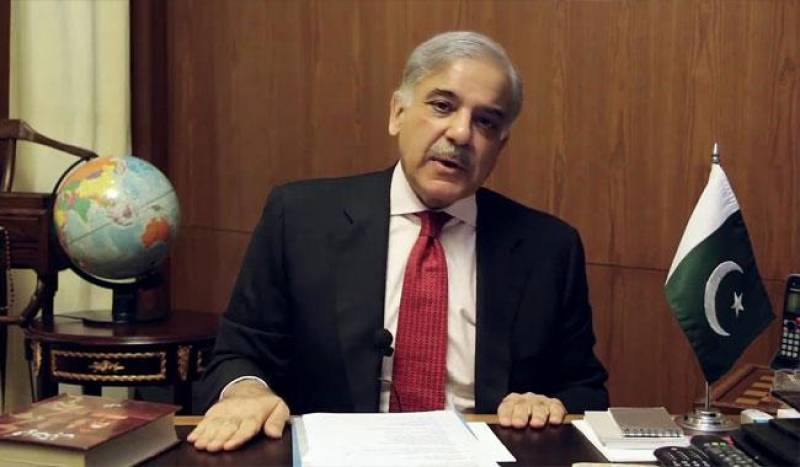 ISLAMABAD – Leader of the Opposition in National Assembly (NA) Shehbaz Sharif presided the first meeting of the Public Accounts Committee (PAC) on Friday.

The former Punjab chief minister, who was in the custody of the National Accountability Bureau (NAB) in the Ashiana Housing scheme case, reached the Parliament after NA Speaker Asad Qaiser issued production order for Sharif to chair the meeting.

As Shehbaz chaired the meeting, the heads of the National Accountability Bureau (NAB), Federal Investigation Agency (FIA) and other institutions were also present. The auditor general of Pakistan (AGP) briefed the committee.

"The PAC members would work as a team, under the ambit of law," Sharif said while presiding the first PAC session. He also lauded the former members of the committee for having done "a great job".

Earlier, speaking to media outside the Parliament House, the incarcerated PML-N leader shared his grievances at the scenario and claimed that accountability doesn’t by any stretch come to cover what is happening as this is “mere injustice and transgression”.

While PML-N respects the judiciary, he added, we have our reservations with the decisions of the NAB court.

During today's meeting, an overview of the Royal Palm Golf Club Lahore and other cases were discussed. The chairman said that the committee should be briefed about these cases on Monday, the Dawn News reported.

PML-N lawmaker Sheikh Rohail Asghar asked what the standard was for sending cases to NAB, in response to which the committee secretary said 168 cases were sent to NAB by the previous committee.

Sharif requested complete details of NAB cases and added that in the next meeting all details should be provided of cases sent to NAB and FIA by the previous PAC.

The committee asked for a reply on cases pending with NAB by Tuesday.

The PAC ensures the transparency and accountability in the Ministries/Divisions and in the Public Sector Organizations. The Committee thoroughly examines the Report of the Auditor General of Pakistan and calls the representatives from the respective Ministries and Departments to investigate and enquire about the issues of Financial Irregularities.

Pakistan Muslim League-Nawaz (PML-N) President was elected unopposed as the chairman of the Public Accounts Committee (PAC) of the National Assembly (NA) on December 21 after a three-month-long tussle between the government and the opposition.

The issue of parliamentary committees’ formation was pending since the last three months after the Pakistan Tehreek-e-Insaf (PTI) came into power because the government was against the former Punjab chief minister’s appointment as the PAC chairman. However, last week, Foreign Minister Shah Mehmood Qureshi and Defence Minister Pervez Khattak convinced Prime Minister Imran Khan that under parliamentary traditions, the opposition leader is appointed as the PAC chairman.