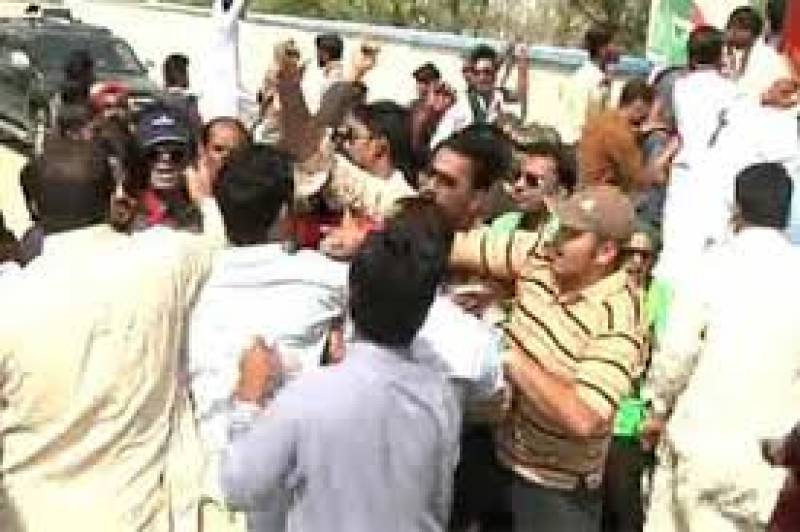 ISLAMABAD - A scuffle broke out between workers of Pakistan Tehreek-i-Insaf and Pakistan Muslim League- Nawaz (PML-N) outside the Supreme Court ahead of the much-awaited verdict in Panama Papers case.

A large number supporters of the both parties thronged to the apex court in order to show solidarity with their leaders.

The brawl erupted between the supporters after they started raising slogans against each other.

A 5-member bench, headed by Justice Asif Saeed Khosa, will announce the decision. Two judges – Justice Khosa and Justice Gulzar who earlier disqualified PM Nawaz in the case – are also part of the SC bench.