Panama verdict just the beginning, everyone will be held accountable, says Imran Khan 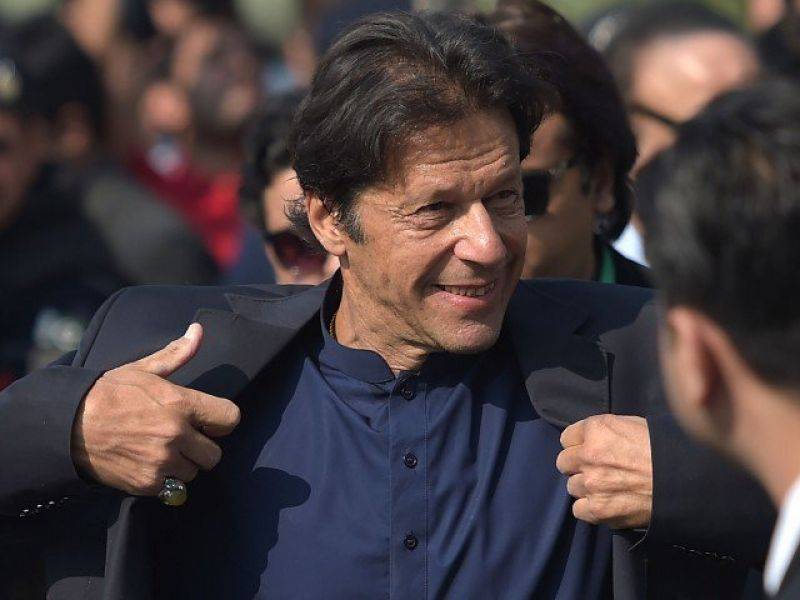 ISLAMABAD - Pakistan Tehreek-e-Insaf chairman Imran Khan thanked Almighty Allah for the ouster of prime minister Nawaz Sharif from office and claimed that it was just the beginning of accountability.

The PTI chief who was a petitioner in the Panama case and vehemently argued his point seeking the disqualification talked to newsmen hours after the judgment and lavished praise on the top judiciary.

"I thank members of Joint Investigation Team and judges for restoring the faith of masses that the powerful could be held accountable in Pakistan," said PTI chief.

"JIT members are national heroes, what our JIT has accomplished in 60 days, even this is not achieved in western countries," he added.

Hoping that the SC judgement will have an effect on many others, Imran stated that he can now see several ‘looters’ behind bars.

Imran Khan expressed that he knew Sharif family since 40 years but did not have personal issues with them.

The legislator claimed that with Nawaz Sharif’s disqualification, the foundation of a new Pakistan, in line with the vision of the founders has been laid.

The PTI chief thanked his supporters for standing by him and announced that a grand power show would be organised on Sunday at Parade ground, Islamabad.

He slammed the leaders of ruling Pakistan Muslim League Nawaz for targeting Shaukat Khanum Memorial Cancer Hospital and claimed that he collected the highest amount of charity in last four decades.

"As much as 75 percent of the patients are treated free of charge at SKMCH," claimed Imran Khan.

The cricketer-turned-politician maintained that the democracy would strengthen with the decision by the top court and urged the masses to protect national resources.

Khan went on and said that as much as 10 billion dollars were laundered illegally on annual basis.

“This is just the beginning as all others responsible for corruption will meet a similar fate,” he said, adding that “the practice of sending money looted from projects, abroad in the form of commission needs to come to a halt.”

The cricketer-turned-politician said that nations were not destroyed because of wars or bombardment but were destroyed when institutions who were supposed to dispense justice did not function properly.

It bears mentioning that the press talk followed the judgment by the Supreme Court of Pakistan that ordered the removal of Nawaz Sharif as prime minister of the country.