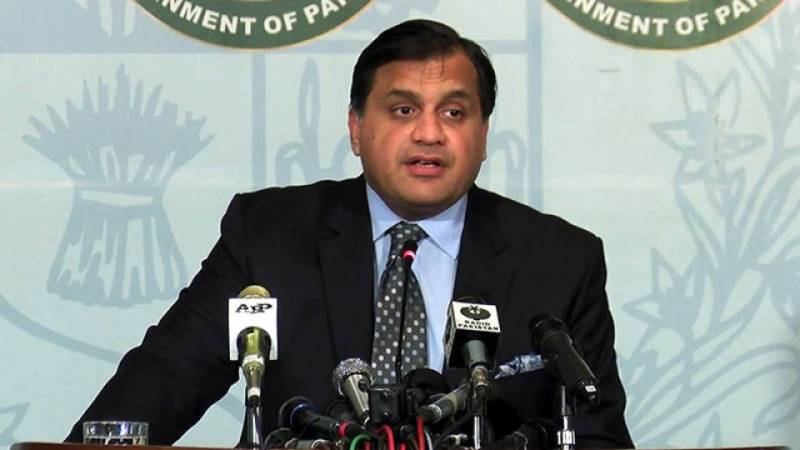 ISLAMABAD - The Foreign Office on Thursday said Pakistan could be removed from the ‘grey list’ of Financial Action Task Force (FATF) provided it effectively implemented the Plan of Action as negotiated with the watchdog.

Foreign Office Spokesman Dr Faisal confirmed that Pakistan’s inclusion in the grey list was imminent, which would be announced by FATF on Friday (tomorrow), simultaneously putting into effect the Plan of Action.

The spokesman said there was no other option for Pakistan but to arrive at an action plan with FATF to avert further falling into the blacklist.

He recalled that the 37-nation FATF held its first plenary meeting on Pakistan in February this year, where it was decided that the country would be placed in the grey list in June. Pakistan had spent three years on the ‘grey list’ between 2012 and 2015, and came out of it due to its better performance, he added.

Dr Faisal expressed the hope that with effective implementation of the action plan, Pakistan would be able to come out of the grey list.

To a question on Indian state media accusing Pakistan of plotting the death of Kashmiri journalist Shujaat Bukhari, the spokesman said the only response from Pakistan was to reiterate its demand for allowing the UN Commission of Inquiry to visit both sides of the Kashmir.

“The only test of the factual position is to give permission to the Inquiry Commission to visit, which Pakistan is already allowing,” he said.

Dr Faisal said Pakistan has nothing to hide on Kashmir, however, India was answerable for its blatant human rights violation in the occupied valley. He said Indian atrocities would not help in crushing the Kashmiris’ just right to self-determination.

On Pak-US relations, the spokesman said Pakistan would be happy to further strengthen relations with the United States as the cooperation in the past brought tangible results in diverse fields. The Pak-US relations were experiencing an upward trend in their confidence level and mentioned, ‘We take pride in cooperation in anti-terror activities and intelligence sharing,’ he added.

About Afghanistan, the spokesman said Pakistan believed that only viable solution for peace must be Afghan-led and Afghan-owned. When sought comments on the appointment of Noor Wali Mehsud as the new chief succeeding the killed TTP leader Mullah Fazlullah, he said Pakistan would continue to pursue its fight against the militants,‘notwithstanding who leads it.’ - APP