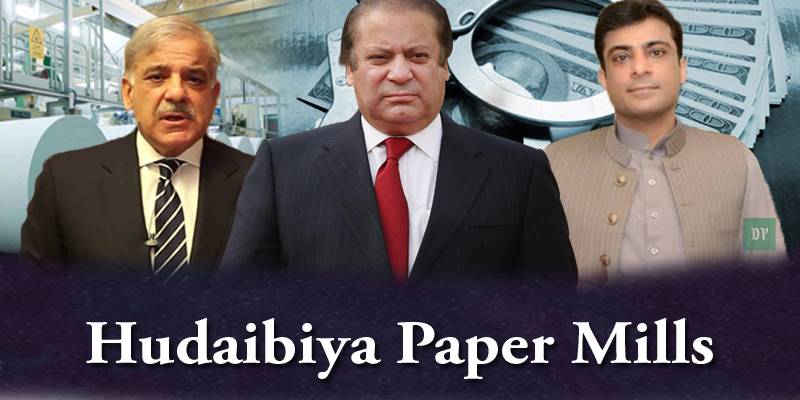 ISLAMABAD - The supreme court of Pakistan granted two weeks time to the National Accountability Bureau to collect and prepare documents regarding the Hudaibiya Paper Mills case as it concluded the first hearing on Tuesday.

The three-member bench headed by Justice Mushir Alam heard the arguments of NAB prosecutor who contended that he could not find the original Hudaibiya reference but hastened to add that it was not relevant for this hearing.

Justice Alam then remarked that when the original reference was unavailable, what was the purpose of the hearing.

The other member of the bench, Justice Isa then directed the NAB prosecutor to read out the petition who then informed the bench that the suspect (Nawaz Sharif) was sent out of the country when the case was under way.

ISLAMABAD -  The National Accountability Bureau (NAB) on Wednesday submitted an appeal to the Supreme Court seeking ...

Justice Isa then inquired if the suspect went on his own free will or was coerced into such mov.

To this, the NAB official said the country's then chief executive had sent him.

When asked by Justice Isa who the chief executive was at the time , the NAB prosecutor replied it was General (retd) Pervez Musharraf.

The accountability watchdog sought a month's time to prepare the documents, however, the bench granted fourteen days and adjourned the hearing until December 11.

Let it be known that the bench comprising Justice Mazhar Alam Miankhel along with other judges was formulated after Justice Asif Saeed Khosa rescued himself from the case as he was part of the bench that heard the Panama Papers case that led to the disqualification of Nawaz Sharif as the prime minister.

Apart from being in the good books of Nawaz Sharif, Dar’s role in investigating the money trail of the first family becomes more central as he spilt the beans regarding money laundering during the second stint of prime minister Nawaz Sharif with respect to the case.