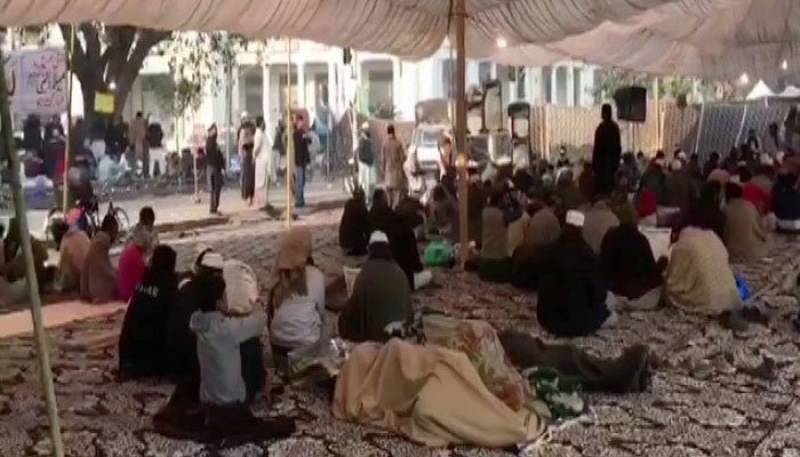 LAHORE - Protesters belonging to different religious group in Lahore have refused to disperse despite the resignation of Law Minister Zahid Hamid and an agreement between the Pakistan Muslim League Nawaz led federal government and leaders of Tehreek-e-Labbaik Pakistan.

The protest at Faizabad Interchange in Islamabad was called off on Monday after 22 days following the voluntary resignation of Federal Law Minister Zahid Hamid and acceptance of few other demands by the government in a deal brokered by a senior Pak Army official.

These protesters are demanding the resignation of Punjab Law Minister Rana Sanaullah, for his alleged pro-Ahmedi remarks made after the Election Act 2017 controversy ensued.

The protesters have blocked roads at Faisal Chowk, creating traffic chaos while police contingents have been deployed around the area to maintain law and order situation.

The rest of provincial capital is back to normal life as traffic flow has been restored after road blockades were removed.

Metro bus service has been restored after it remained closed over the weekend due to the protests.

Moreover, educational institutes would resume their activities tomorrow (Wednesday) after a lapse of three days.