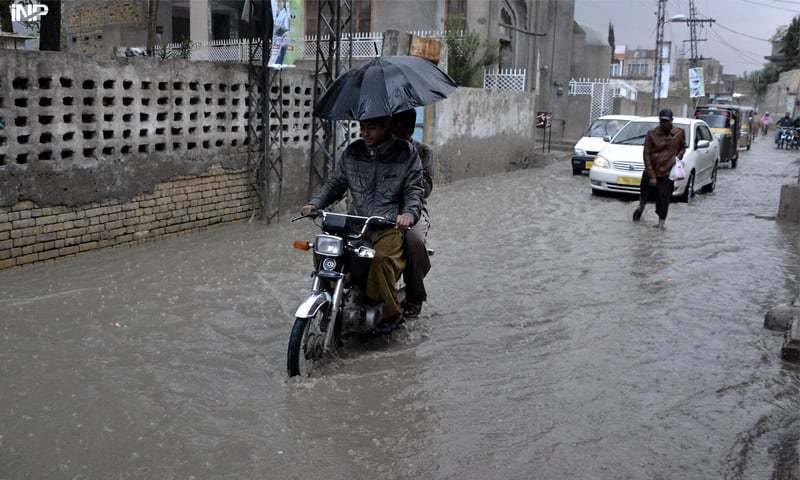 ISLAMABAD – At least 19 people, including nine children and three women, were lost their lives in various rain-related incidents in different cities of Balochistan during current month.

According to report issued by Balochistan Provincial Disaster Management Authority (PDMA), around 13 people faced injuries due to heavy rains in the current moonsoon season in various districts of the province.

The report informed that the deaths in rain-related incidents were reported from Dera Bugti, Jaffarabad, Kohlu, Jhal Magsi, Zhob, Kalat, Kach and Khuzdar.

The PDMA report also informed that 887 completely and 98 houses were partially damaged in Jaffarabad, Dera Bugti, Kalat, Jhal Magsi and Khuzdar due to recent rains and flood. Three bridges in Kachi, Gwadar were also damaged. The report said said that the current rain and flood had also caused damages to 11 roads in the province.

On the other hand, Sibi-Quetta Highway has been repaired and restored for all kind of traffic while flood situation is still prevailing in urban and rural areas of the province.

The heavy rain has also caused the loss in livestock and agriculture sector of the province.

Balochistan Chief Minister, Mir Jam Kamal Khan has also directed relevant departments to remain functional to address problems of public in rain affected areas. "Rehabilitation of rain affected National Highway and roads should be ensured as soon as possible for provision of facilities in the areas", he directed saying that Irrigation Sector would continue monitoring water level of dams and Spillway of Hub Dam to release extra water timely.

The PDMA has finalized all arrangements after following the weather conditions, adding that data was being collected on daily basis in liaison with all the Divisional Commissioners and Deputy Commissioners.