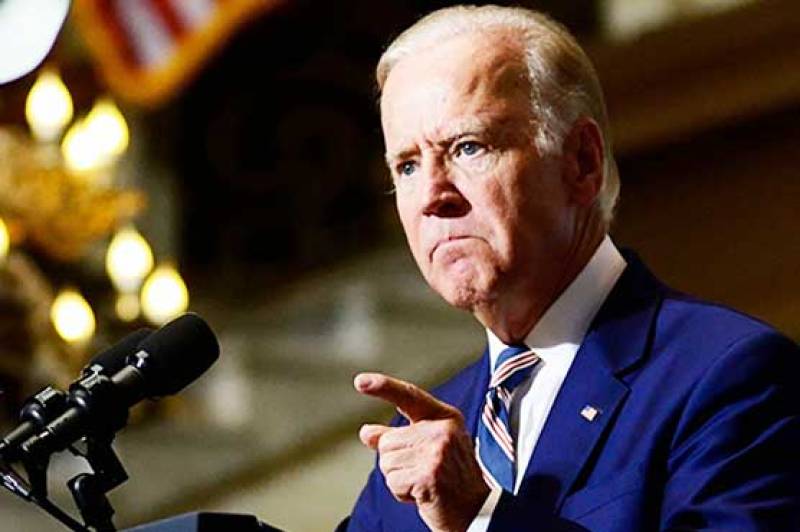 MIRPUR – Welcoming US democratic presidential nominee and former US Vice President Joe Biden's statements over the restoration of rights of Kashmiris, Azad Jammu and Kashmir President, Sardar Masood Khan has said Biden's remarks were a proof that world community had refused to buy the Indian narrative on the Kashmir.

The Democratic Party leader Joe Biden has asked Delhi to take all necessary steps to restore rights of all the people of Kashmir and asserted that restrictions on dissent, such as preventing peaceful protests or shutting or slowing down the internet, weakens democracy.

Biden also expressed disappointment over the Citizenship (Amendment) Act and the enforcement of the NRC in different states of India.

"We welcome democratic party leader's remarks and urge Indian-Americans and Muslim-Americans to applaud Joe Biden's policy statement together because nobody wants India to be ruled by theocratic fascists. Kashmiris' liberties and fundamental rights, especially their right to self-determination, should be restored. It's a just demand," President Khan said in the State's metropolis on Sunday, according to the AJK president office.

Earlier addressing a function held in connection with the disbursement of cash grant among the affectees of Indian shelling living along the Line of Control, AJK President said that relief being provided by the Federal government to 610,000 members of 80,000 families living is the recognition of their sacrifices as well as acknowledgment of the responsibilities being shouldered by the state government.

"Azad Kashmir is not only a strong defense line of Pakistan, but the people living close to the LoC and facing India's direct aggression are the defenders of the motherland," he added.

While commenting on Prime Minister Imran Khan's announcement to include more than 100,000 people affected by the Indian firing at the LoC in the Ehsas Emergency Cash Program and to issue health cards to 1.2 million people of Azad Kashmir, he said that the people of occupied and the liberated territory want to become part of Pakistan not because of geographical location but on the basis of their faith and ideology.

The AJK president said that India's ruling party BJP and the RSS have planned to eliminate the Kashmiri people, occupy their lands, reduce the number of Muslims in the assembly of occupied Kashmir, and to turn the whole state into a colony of India, but the people of both the liberated and occupied parts of Kashmir would offer stiff resistance.

The AJK president said that it is high time that the government and the people of Pakistan, as well as the valiant people of Azad Kashmir, adopt an aggressive policy to counter India because India is constantly threatening to attack Pakistan, Azad Kashmir and Gilgit-Baltistan. Instead of saying that we will defend Pakistan and Azad Kashmir, we should also talk about the liberation of Khalistan, Assam, Tamil Nadu and Mizoram, and tell the world that India is no longer a secular state but it has emerged as a fascist state, he added.

Sardar Masood Khan said that India's anti-Muslim moves have awakened the Muslims across the world, and a wave for the renaissance of islam has risen in the whole Muslim world. It is now clear that whether it is Kashmir or Palestine, the Muslims are prepared to safeguard their interest.

The AJK president said that on completion of Kohala, Gulpur, Azad Pattan, Dudhnial and many other projects in the coming decade, Azad Kashmir will become the biggest electricity generating region of Pakistan.