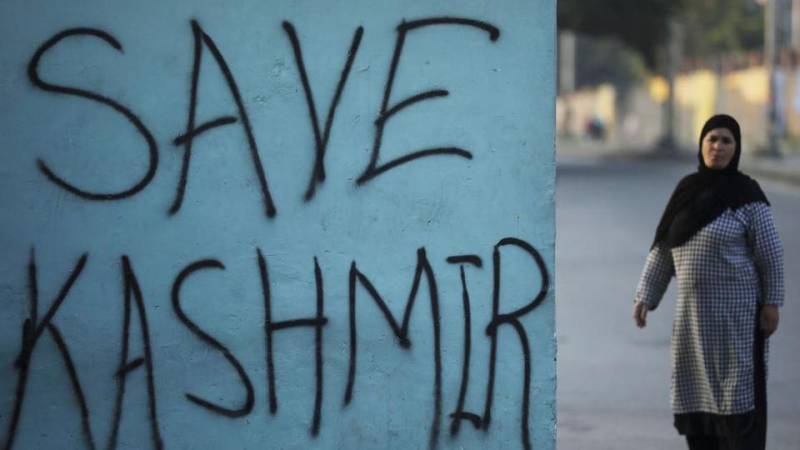 The Kashmiris have also rejected the bogus domicile certificates, said the Foreign office in a statement.

The certificates issued to non-Kashmiris including, among others, the Indian government officials under “Jammu and Kashmir Grant of Domicile Certificate (Procedure), 2020” are illegal, void and in complete violation of the relevant United Nations Security Council Resolutions, and International law including the 4th Geneva Convention.

The latest action is a vindication of Pakistan’s consistent stance that the major intention behind the Indian Government’s illegal and unilateral actions of 5 August 2019 was to change the demographic structure of IOJ&K and turn Kashmiris into a minority in their own land. This has long been part of the RSS-BJP’s “Hindutva” agenda.

By changing the demographic structure of IOJ&K, the Indian government intends to undermine the exercise by the Kashmiri people of their right to self-determination through a free and impartial plebiscite under the auspices of the United Nation as per the relevant UNSC Resolutions, said the FO.

Through these reprehensible actions, alongwith continuing restrictions, excruciating military crackdown, extra-judicial killings, arbitrary detentions and incarcerations, and unabated grave human rights violations, India seeks to further perpetuate its illegal occupation of IOJ&K. India should know that its suppression has not been able to break the will of the Kashmiri people in the past and it will not succeed in doing so in the future.

SRINAGAR – The Narendra Modi-led fascist government has made another illegal move to further its nefarious plan ...

The United Nations and the international community must intervene to stop India from changing the demographic structure of IOJ&K by settling people from India in a territory that it has illegally occupied and the status of which remains disputed. India must be urged to immediately cancel all the domicile certificates of IOJ&K issued illegally, revoke unlawful rules aimed at further disempowering and disenfranchising the Kashmiris by effecting a demographic change, and comply with its international legal obligations through implementation of the relevant UNSC Resolutions.

The recipients of the domicile certificates must know that India has no legal authority to bring in and settle people from outside IOJ&K. The international law bars India from such illegal actions.