‘I am not Malala’ Day: Pakistani teachers protest Nobel laureate’s return after 6 years 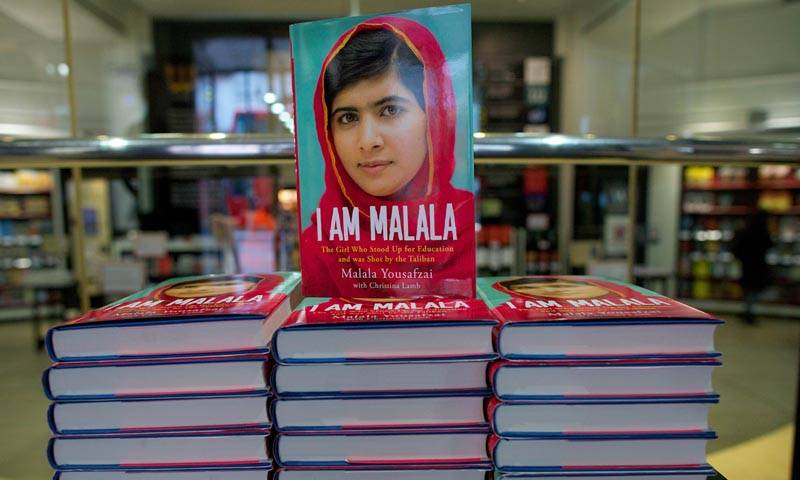 ISLAMABAD - Private teachers are going to mark ‘I am not Malala Day' in schools across Pakistan, unwelcoming the world’s youngest-ever Nobel prize winner on her return after six long years.

All teachers will wear black armed bands during school hours on Friday, the All Pakistan Private Schools Federation (APPSF) announced on Thursday as Malala Yousafzai made a her first visit to her native country since she was shot in the head by a Taliban gunman in 2012 for advocating education for girls.

“The purpose behind the decision is to reveal the truth of Malala's real episode,” said Mirza Kashif Ali, President All Pakistan Private Schools Federation (APPSF).

The largest organisation representing a total of 173,000 private schools, has been boycotting the Nobel laureate’s autobiography ‘I am Malala’, in which the 20-year-old relives horror of Taliban shooting in the mid-2000s and hints at her ambition to enter Pakistani politics. 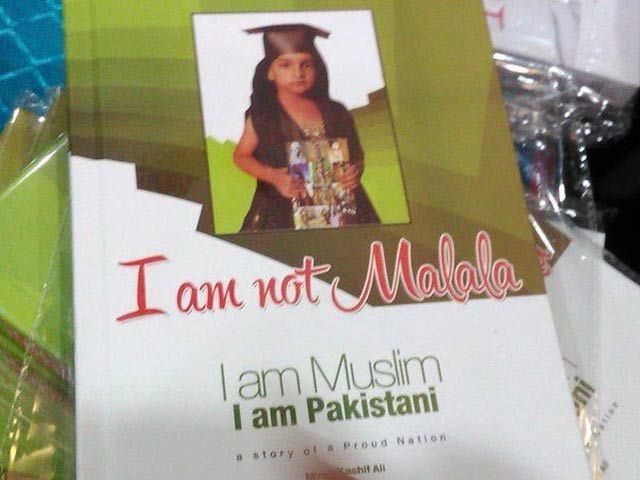 In 2015, the Association launched a novel - “I am Not Malala, I am a Muslim, I am Pakistani” - while banning Malala’s first book in all private schools and colleges calling her ‘a darling of the west and Shiv Sena’.

“We found Malala’s book highly controversial, and contrary to the ideology of Islam and Pakistan,” Ali said in a statement.

“Her book was written at the behest of Western forces who have used Malala for their ulterior motives and it is clear that Malala is playing in the hands of the enemies of Islam and Pakistan,” he asserted.

“We severely condemned the chapter in which Salman Rushdie’s book has been mentioned as freedom of expression by Malala while referring to her father’s views,” he added and vowed to educate the young generations about “the western propaganda”. 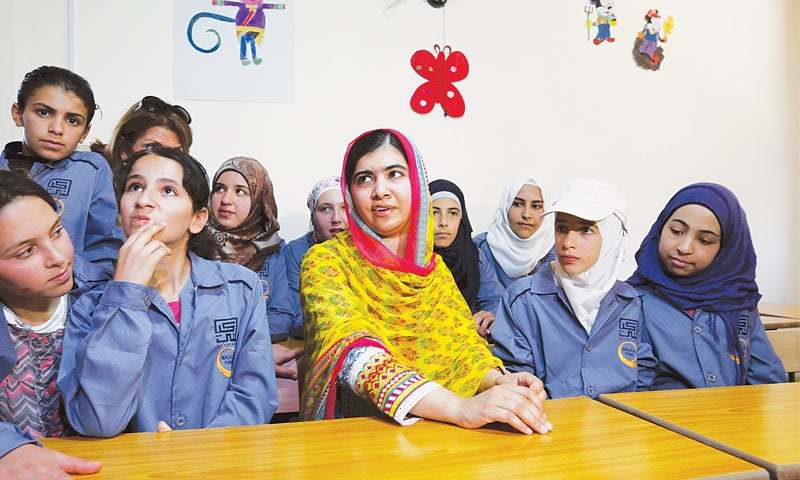 Ali stressed that the organisation went on a countrywide strike in order to show solidarity with Malala when she was attacked.

“We also observed Malala Days but that never meant we would accept the controversial content in Malala’s book. That’s why we observe ‘I am not Malala’ Day.

“We can well understand why the book has been written by Christina Lamb and what the West wants to portray through this book. We are not against Malala but the ideology being imposed on us by such traitors and billions of dollars of Malala Fund are being used for this to introduce secular curriculum,” he added.

The Association also declared its resistance towards making Malala’s book part of libraries or curriculum in private schools. “We would never want that our children follow Malala, no matter how many high awards she wins and that the gates of White House and Buckingham Palace remain open for her,” Ali stated.

The announcement came hours after Malala Yousafzai, travelling with her father and younger brother, met Prime Minister Shahid Khaqan Abbasi in Islamabad, before giving a brief speech on national television. 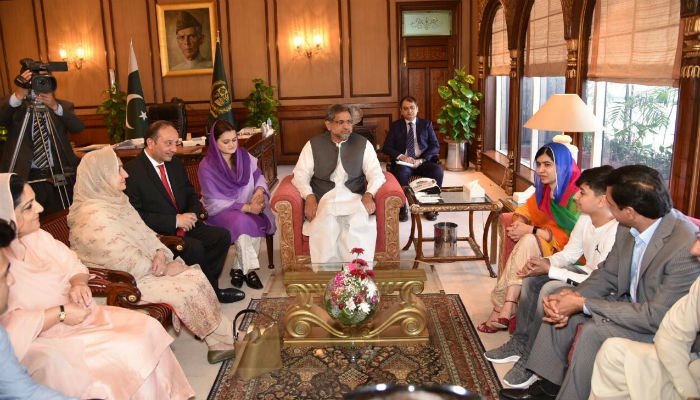 “It’s the happiest day of my life. I still can’t believe it’s happening,” she said, wiping away tears. I don’t normally cry … I’m still 20 years old but I’ve seen so many things in life,” she added.

Yousafzai spoke of the importance of education and about the efforts of her charitable foundation to help girls, often switching between English and the Pashto and Urdu languages.

“Welcome home,” Abbasi told Yousafzai. “When she went away, she was a child of 12. She has returned as the most prominent citizen of Pakistan.”

Precise details of her itinerary have been kept secret in view of the sensitivity surrounding the visit, which is expected to last four days.

The ‘Gul Makai’ of Swat has become a global symbol for human rights and a vocal campaigner for girls’ education since a gunman boarded her school bus in the valley on 9 October 2012, asked “Who is Malala?” and shot her.

ISLAMABAD - Malala Yousafzai, Pakistan's Nobel laureate, broke into tears in front of a packed hall in Islamabad as he ...

She was treated for her injuries in Birmingham, where she completed her schooling. Winner of the Nobel peace prize in 2014, Yousafzai has continued her campaigning while pursuing her studies at Oxford University.