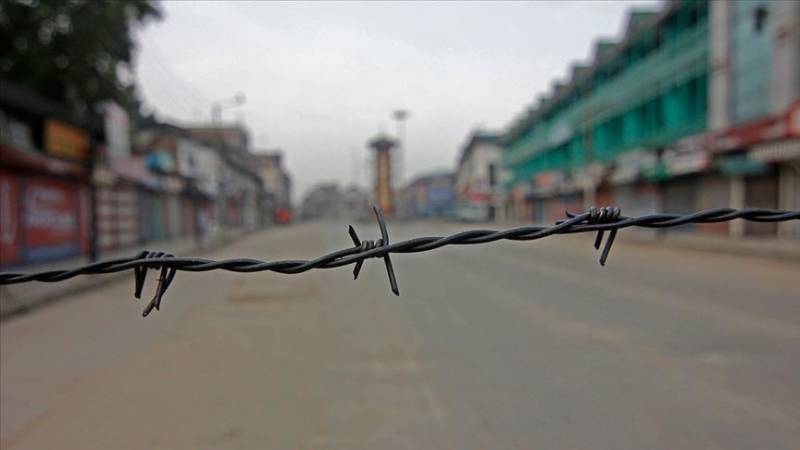 ISLAMABAD – Pakistan on Sunday called for release of Kashmiri prisoners and lifting of restrictions in Indian Occupied Jammu and Kashmir as COVID-19 pandemic posed new difficulties.

“Pakistan is deeply concerned over continued restrictions in the Indian occupied Jammu and Kashmir (IoJ&K), despite so many confirmed cases and two deaths due to COVID-19,” the Foreign Office said in a statement.

The statement mentioned that thousands of Kashmiri youth, members of civil society, journalists and Kashmiri leaders remained incarcerated in Indian prisons, many of them at undisclosed locations and away from their families.

“The Indian forces continue to operate in the occupied territory with complete impunity under draconian laws such as Public Safety Act (PSA) and Armed Forces Special Power Act (AFSPA),” it said.

The Foreign Office also mentioned that the senior Hurriyat leadership was still under detention at homes or in different prisons.

Hurriyat leaders Yasin Malik, Asia Andrabi and others are languishing in Indian jails under fake charges without a free or fair trial.

Yasin Malik, already suffering from deteriorating health, has threatened an indefinite hunger strike to protest against a false charge sheet by the Indian government in a 30-year old case.

The statement said since the Indian illegal actions of 5 August 2019, all educational institutions in IoJ&K almost remained closed.

It pointed out that the students were unable to continue virtual education due to continued restrictions on 4G internet services.

“While the world is fighting the worst global health emergency, over 900,000 Indian military and para-military occupation troops continue adding to the sufferings of innocent Kashmiris,” the statement added.

The Foreign Office called upon the international community to be cognizant of the worst human rights violations and the atrocities being perpetrated by India in IoJ&K, and urgently demand India for lifting of communication restrictions and allowing unfettered access to medical and other essential supplies.

“The Indian government must also be urged to immediately allow release of all political prisoners from Indian jails, end incarceration of Kashmiri leaders including the senior All Parties Hurriyat Conference (APHC) leadership, restore full Internet facility in the entire occupied region, remove PSA and other draconian laws, and withdraw occupation forces from the IoJ&K,” it stressed.

The dire human rights and humanitarian situation in IOJ&K, exacerbated by India’s illegal and unilateral actions since 5 August 2019, has been amply exposed by the international human rights organizations and international media.

The FO statement said the Indian government cannot continue to suppress the legitimate aspirations of the people of IoJ&K without facing international opprobrium and censure.

“For its part, Pakistan will continue supporting its Kashmiri brethren in their rightful struggle against Indian oppression till the realization of their inalienable right to self-determination as enshrined in the United Nations Security Council Resolutions,” the statement concluded.