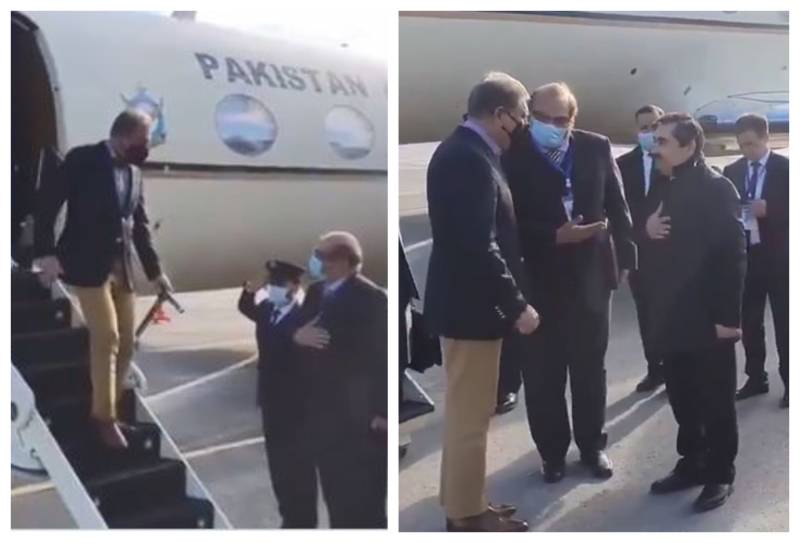 ISLAMABAD – Foreign Minister Shah Mahmood Qureshi Monday arrived in Tajikistan to attend the 9th Heart of Asia-Istanbul Process however the much-anticipated meeting of the foreign ministers of Pakistan and India has not been scheduled yet.

The theme of the conference is ‘Strengthening Consensus for Peace and Development.’

The foreign minister will deliver a statement highlighting Pakistan’s positive contributions to Afghan peace and its support for development and connectivity within the regional framework. He will also hold consultations with key regional and international partners.

Qureshi and his Indian counterpart S. Jaishankar’s participation in the same multilateral event led to speculations that they might meet each other especially in the backdrop of recent developments in the frayed relations between the two countries.

The last meeting between the two ministers took place in May 2019 in Bishkek on the sidelines of the SCO meeting.

Ms. Sushma Swaraj was then holding the portfolio. Months later India annexed occupied Kashmir in August leading to a complete breakdown in relations.

Since then, both countries have withdrawn their high commissioners in each other’s capital and their respective missions are operating at half strength.

Meanwhile, the media has been speculating that the two countries have been quietly negotiating for the full resumption of diplomatic relations.