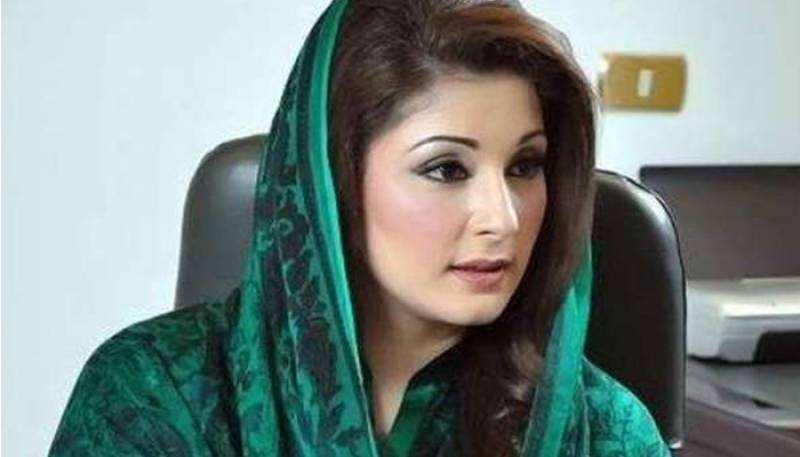 ISLAMABAD - Maryam Nawaz Sharif, daughter of former Prime Minister Nawaz Sharif, said on Monday that she was dragged into corruption cases just to build up pressure on her father.

Addressing a presser in Islamabad, the former first daughter said, "Her father has come out for the respect of vote, not fore the seat". Maryam said, "I like my father, know why I was named in this case," besides denying all allegations regarding the corruption.

She read a paragraph from her statement recorded to the accountability court in the Avenfield reference, "“Despite not figuring anywhere in the Supreme Court judgment dated April 20, 2017, the reason I was dragged into the case finds its origin in ‘will teach a lesson’ mindset that has threatened, harassed and victimised those who refuse to accept the excesses, those who had the courage to stand up to injustice and those who have dared to question the rotten, entrenched practice of bringing elected prime ministers to their knees, on one pretext or the other, be it religion, corruption or even ‘ghaddari’".

Maryam said that she will not let her father bow down before such nefarious designs.

Maryam is facing the Avenfield reference, filed by the National Accountability Bureau (NAB) in the light of the Panamagate verdict. Nawaz Sharif, Hassan, Hussain and Captain (retd) Safdar are co-accused in it.

pertaining to the Sharifs' London properties, is among three filed against the family by the National Accountability Bureau (NAB) last year on the Supreme Court's directives.

"A mindset, which intends to give lesson to Nawaz Sharif, is behind the cases against her," she said, besides resolving that she will not bow down before the 'planners'.

Citing April 20th verdict of the Supreme Court in the Panamagate verdict, Maryam said she was made to appear before 'Whatsapp' joint investigation team (JIT) even her name was not mentioned in the ruling.

Referring to her continuous appearances before the accountability court, she said there was no woman in Pakistan's 70 year history who has ever appeared before the court these many times. "I know why I am being kept away from my mother who is suffering from cancer".

She continued that Nawaz Sharif is the one who refused to resign when guns pointed at him and he is the who bravely faced every atrocity committed against him by former president Pervez Musharraf.

She boasted about her father's achievement during his tenure, recalling that it was Nawaz Sharif who made the defence of Pakistan invincible through making nuclear tests in response to Indian aggression.

The former prime minister restored peace in Karachi and stood against the terrorism with full determination, she said.