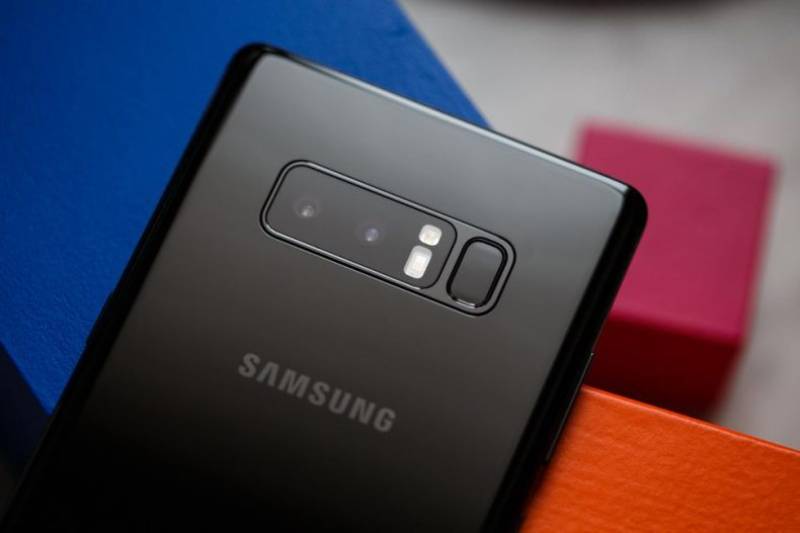 SEOUL – Samsung is still at least two months away from the launch of Galaxy Note 9, but the new leaks may surprise Androiders.

The company is working on massive 512GB storage ‘embedded Universal Flash Storage’ (eUFS) chips which will be embedded inside the Galaxy devices.

The popular leakster, ICE Universe suggests that the South Korean tech giant is gearing up to boost’s upcoming Galaxy Note 9 storage to 512GB coupled with 8GB of RAM.

If you are lucky, you will see 8GB RAM and 512GB ROM Galaxy Note9

If the new rumour is believed to be true, this would mark the biggest hit on all Samsung devices because as of now there is only 6GB of RAM in Note 8/S9+ and 256GB of storage in S9 variants.

Geekbench’s benchmark suggests that the smartphone may come in two variants of chipset Qualcomm Snapdragon 845 and Exynos 9810.

The listing shows that the device powered by octa-core chipset clocked at 1.79GHz has scored 2737 in single-core and 9064 in multi-core test for Exynos 9810.

The Qualcomm Snapdragon 845 benchmark was scored 2190 in the single core test and 8806 in the multi-core.

SEOUL – South Korean tech giant Samsung is still at least three months away from the launch of Galaxy Note 9, ...

It is also being heard that Galaxy Note 9 is coming ahead of schedule and the launch date will be somewhere in August.