Teen killed as Dolphins take shot at suspects in Lahore 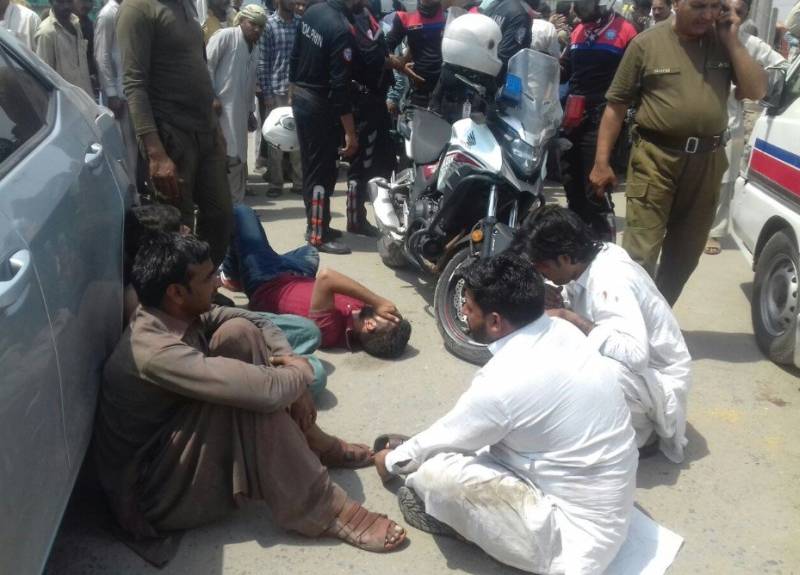 LAHORE – A 14-year-old boy was killed after Dolphin Force opened fire at a speeding vehicle in Lahore’s Shadbagh area on Tuesday.

According to reports, the Dolphin Force personnel were trying to stop a suspicious vehicle, however, when they declined to do so, forces opened fire which killed a young boy standing across the street while another suspicious man sustained injuries.

A closed-circuit television (CCTV) footage of the incident revealed that two Dolphin Force personnel on a motorbike were chasing suspects in a car. It was further noted that one of the personnel was seen firing at the suspects' car.

The footage further showed the 14-year-old was standing at the corner of the road along with a few other men filling bottles from a water cooler and then suddenly fell to the ground after getting a bullet.

The boy identified as Atif, succumbed to his wounds and died on the spot. Relatives of the boy blocked the Ring Road at Khokhar village area in protest as the mother claimed that police had killed her son.

However, the security personnel said that the passerby was killed by the firing of the alleged criminals.

“The suspects belong to Sheikhupura, Chiniot, and Lahore and had rented a car to facilitate them in committing crimes in Lahore,” he said.

“When police tried to stop them, they fired at them leading to an exchange of fire which resulted in the death of a teenager,” SP Khokhar said.