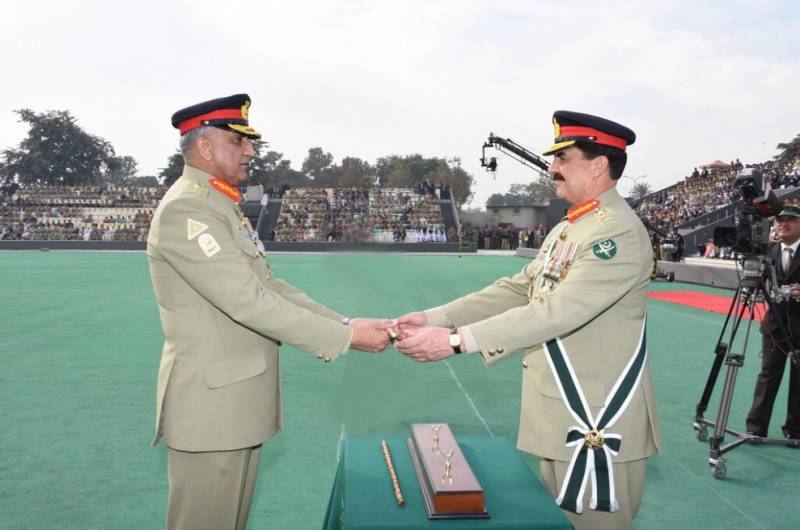 The prestigious ceremony for the change of command of Pakistan Army took place at Army Hockey Stadium near General Headquarters (GHQ) where outgoing COAS Gen Raheel formally handed over the baton to Gen Qamar Bajwa.

Senior civil-military leaders, federal ministers, members of the Parliament, media representatives and foreign diplomats were present during the ceremony.

Speaking at the occasion, outgoing Gen Raheel Sharif said it was a privilege for him to lead the most battle-hardened army in the world. 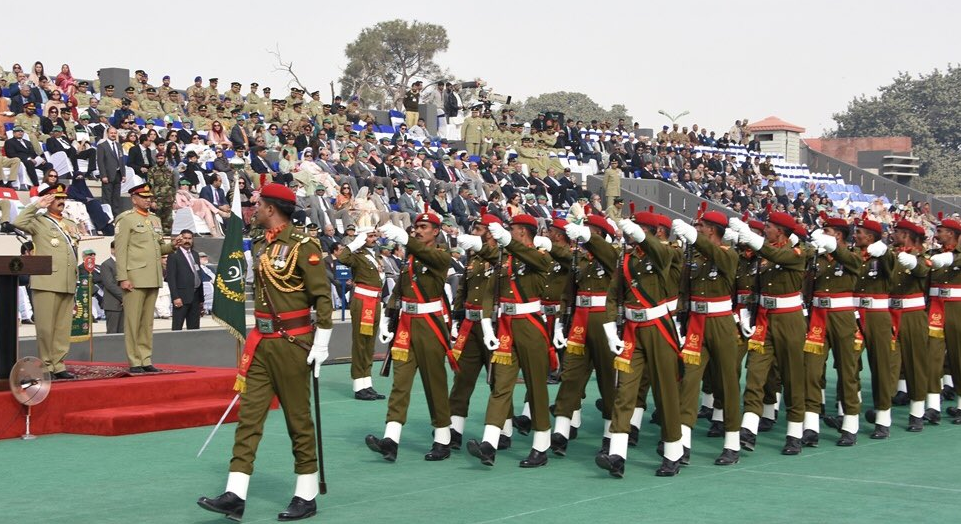 Gen Raheel Sharif said challenge is not over, we must not forget sacrifices of our martyrs. He warned India not to confuse Pakistan's policy of restraint with weakness.

He highlighted the importance of resolution of Kashmir issue for regional stability.

He also thanked the Armed Forces and the Pakistani nation for their resolve and support during every step of his journey.

The outgoing COAS said he always prioritised national interest in every decision he made during his tenure as army chief.

“I am absolutely certain the Pakistan Army will always fulfil the nation’s expectations,” he said.

Lauding the efforts of the Armed Forces in the war against terror, Gen Raheel Sharif said the war has been successful and its results are evident today. However, the security situation in the region remains complicated, he added.

“It is the need of the hour that the entire nation unites to counter the challenges Pakistan faces,” Gen Raheel said.

“The first CPEC shipment at Gwadar Port has proven that the country’s journey to progress cannot be stopped now,” he said, adding that the enemies of CPEC should stop bashing the project and start benefiting from it.

The 16th COAS Lt Gen Bajwa has extensive experience of handling affairs in Kashmir and the northern areas of the country. As a major general, he led the Force Command Northern Areas. He also served in the 10 Corps as lieutenant colonel, where he was GSO.

Lt Gen Bajwa has served with a UN mission in Congo as a brigade commander alongside former Indian army chief Gen Bikram Singh, who was also there as a division commander.