Nawaz Sharif, Zardari are not politicians but mafias: Imran 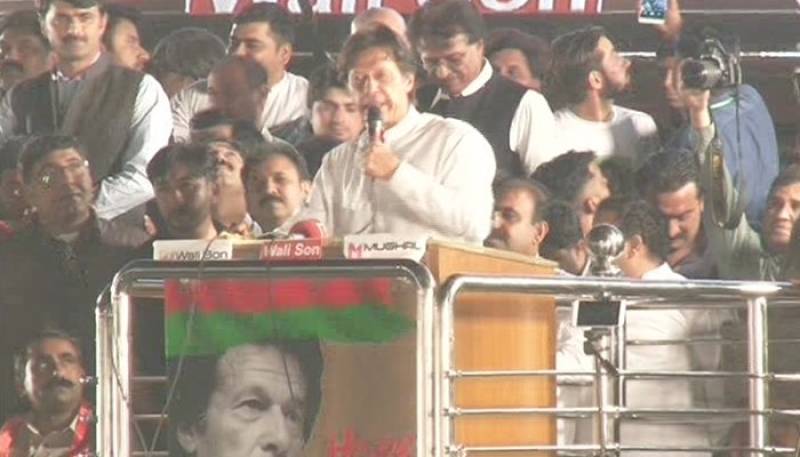 "They are not politicians, they are mafias who have looted the nation in the past thirty years," Imran lashed out at the PPP and PML-N leadership.

"Enemies are not capable of harming the nation in the way that this mafia has."

Addressing a rally in Mandi Bahauddin, the PTI leader said that the nation is being pushed into poverty due to the debt and inflation that has brought upon the country's economy and nation by the 'mafia.'

"The corruption mafia is looting the country," Imran insisted, adding that unfathomable amount of deep-rooted corruption exists even in the process of collecting taxes.

He further said that only the common man is paying taxes, while the elite of the country, including Zardari, elude authorities.

"I will catch the influential crooks by introducing reforms to the Federal Bureau of Revenue (FBR) and National Accountability Bureau (NAB)," he said, "and after these criminals are brought to justice, the common man will be relieved from paying high taxes."