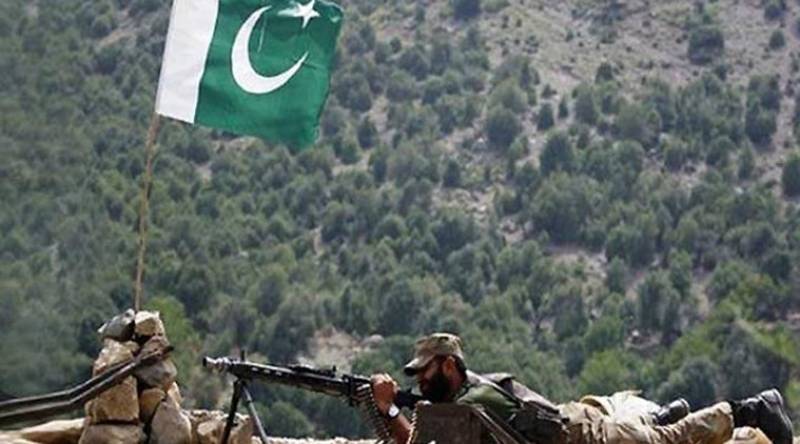 Earlier this day, Indian DGMO Lt-Geneneral Ranbir Singh told a press conference that Indian military personnel crossed the LoC and conducted a surgical operation on Pakistani side, killing several terrorists preparing infiltrate into Indian side and those protecting them. He further claimed to have informed his Pakistani counterpart about the strike which according to him took place some 3km inside Pakistan.

However, in a statement, the ISPR said that no such strike was conducted by Indian forces and that in fact Indian Border Forces had violated ceasefire along the LoC which was befittingly responded by Pakistani forces. Two Pakistani soldiers were martyred by the Indian firing.

The ISPR said that Indian claim to have destroyed launch pads on Pakistani side of LoC was also nothing, but a baseless statement.

The military media wing further warned India of a beseeming response if it ever tried to conduct a surgical strike in Pakistan.

"Indian forces violated ceasefire in Bhimbher, Lipa and Keel sectors, targeting Pakistani positions last night and as a result two Pakistani soldiers were martyred and a citizen was injured," the statement added.

Similar violations were also reported in Poonch sector along the LoC, however, no loss was confirmed.  Lachyal village in Azad Kashmir remained the main target of Indian shelling.

The ceasefire violations along the Line of Control came as tensions are high between Pakistan and India since the Uri attack which killed 18 soldiers. India blamed Pakistan for the incident, however, Pakistan categorically denied the allegation demanding an international probe into the matter.

Pakistan and India had agreed on a ceasefire treaty in November 2003 to ensure a better border management system on the Line of Control (LoC) in disputed territory of Jammu and Kashmir.