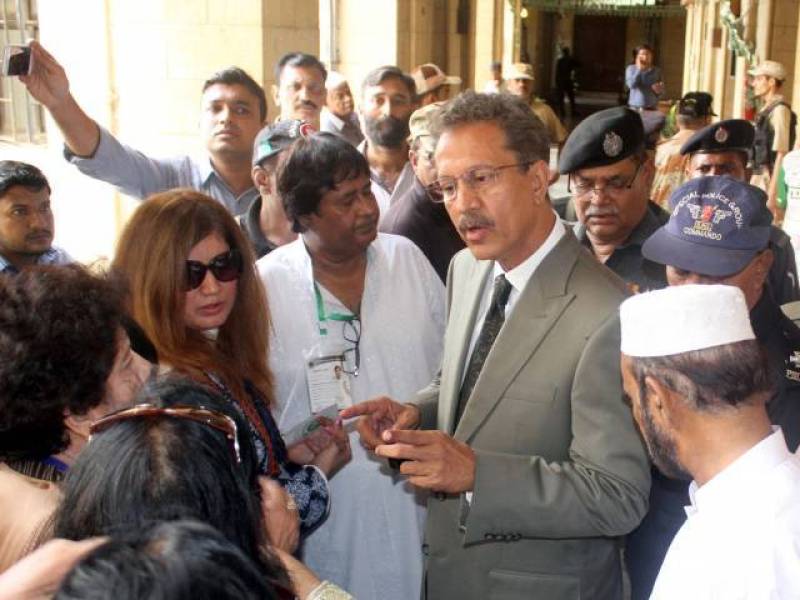 MQM's Arshad Vohra took oath as Deputy Mayor of the mega city. Family members of the newly elected mayor and Farooq Sattar were present at Karachi’s Polo Ground to attend the oath-taking ceremony.

Waseem was brought to the venue from prison in an armoured vehicle as the MQM leader has been in prison since July 19 after an Anti-Terrorism Court dismissed his pre-arrest interim application in a case for treatment of terrorists.

He will run the metropolis via video link from jail.The 61-year-old leader is the first person in the country to have won the mayoral election from prison.

He said that in order to make Karachi progressive and developed, he would need the cooperation of any and every political entity in Pakistan. Akhtar said that he would solve the issues of Karachi and provide Karachiites relief.

"I appeal to Asif Ali Zardari and Bilawal Bhutto to work together for the betterment of Karachi," he said. "If Karachi progresses, the whole of Sindh will progress," he stressed.

He praised Sindh Chief Minister Murad Ali Shah and said that he had come forth as an energetic and dynamic, young chief minister. He expressed the hope that he would be soon freed from jail so that he could serve the people of Karachi.