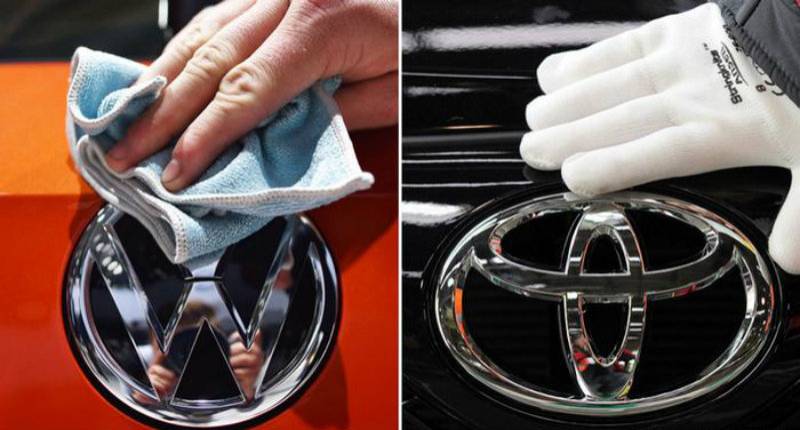 BERLIN - German carmaker Volkswagen (VW) has nudged Toyota from the top spot in global vehicles sales, after the Japanese auto giant has reported weak 2016 results, causing it to lose the crown for the first time in five years.

Toyota’s figures show a slight decline as the industry prepares for an uncertain trade environment under Donald Trump. On Monday, Toyota said it sold 10.175 million vehicles worldwide last year, a 0.2 percent increase, according to Deutsche Welle.

The annual figures come as the industry faces an uncertain outlook year with President Trump threatening punitive tariffs on imports into the United States in a bid to force them to manufacture and hire there.

Trump targeted Toyota in one his fiery tweets, criticizing its ongoing project to build a new factory in Mexico and threatening it with painful tariffs. He has also pledged to review several trade deals that he says are detrimental to American workers.

On the other hand, the German automaker moved back into the top spot despite being hit by a massive emissions cheating scandal that rocked its reputation.

Volkswagon, once a paragon of German industry, was plunged into its deepest-ever crisis after it emerged in September 2015 that it installed emissions-cheating software in millions of diesel engines worldwide.

However, the crisis seemed to have little effect on the firm’s standing with drivers as it announced this month that annual sales rose 3.8 percent in 2016.

The results were boosted by strong performance in China which helped push total sales to 10.3 million, after slipping to 9.93 in 2015. VW group also includes the brands Audi, Porsche and Skoda.

The carmaker admitted in September 2015 to installing so-called "defeat devices" in 11 million vehicles worldwide, after their existence was revealed by the US Environmental Protection Agency. VW agreed this month to plead guilty to fraud and pay fines amounting to $4.3 billion in the United States to close its emissions cases with the Department of Justice.