Pakistan not guarantor but a facilitator in Afghan peace process, says FM Qureshi 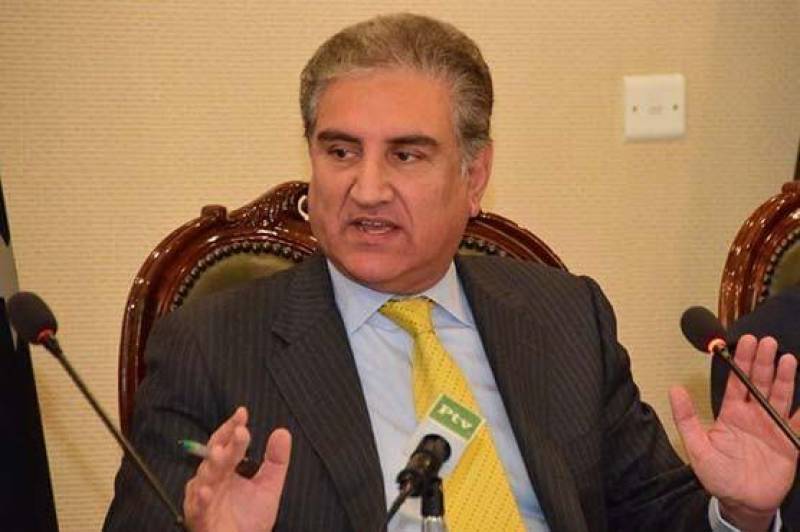 ISLAMABAD - Foreign Minister Shah Mahmood Qureshi has said that Pakistan is not a guarantor but only a facilitator in the Afghan peace process, the Radio Pakistan reports on Tuesday.

While talking to the media in Islamabad, the foreign minister said that the entire onus of the Afghan peace process cannot be put on Pakistan.

He said Pakistan maintains that it is the shared responsibility of all the stakeholders to take forward the peace process.

The foreign minister said that Prime Minister Imran Khan wants to have a meeting with the Taliban to woo them for the intra-Afghan dialogue, adding that Pakistan is moving forward in good faith.

Shah Mahmood Qureshi said convergence was seen on Afghan issue during a meeting between Prime Minister Imran Khan and the US President Donald Trump. This has opened a new chapter in Pakistan-US relations, he said.

The minister said that the US visit remained very successful in achieving the objectives and this stands also reflected in the restoration of suspended assistance.

Responding to a question, the Foreign Minister regretted that India is neither ready to hold talks bilaterally with Pakistan on Kashmir dispute nor does it accept the third party mediation.

He said that Kashmir is a disputed territory and any demographic changes in occupied Kashmir will not be acceptable to Pakistan as well as Kashmiri people.