Karachi - Prime Minister Imran Khan has announced that the federal government will extend the scope of its mega projects "Ehsas" and "Sehat Insaf Card" in Sindh for an uplift of the downtrodden segments of society, the Radio Pakistan reported.

While speaking at a dinner hosted by Governor Sindh Imran Ismail in his honour in Karachi, the prime minister said that the federal government is providing resources for timely completion of development schemes in Sindh.

Besides others, Members of Pakistan Tehrik-e-Insaf belonging to National and Provincial Assemblies from Sindh also attended the reception.

PM Imran said that the present government inherited severe economic challenges, but now the situation was heading towards improvement.

He said the assembly members should strengthen contact with the people in their constituencies.

Imran Khan said the government is bringing reforms in every sector to facilitate the people as the welfare of masses especially provision of health and education facilities is among the topmost priorities of the government. 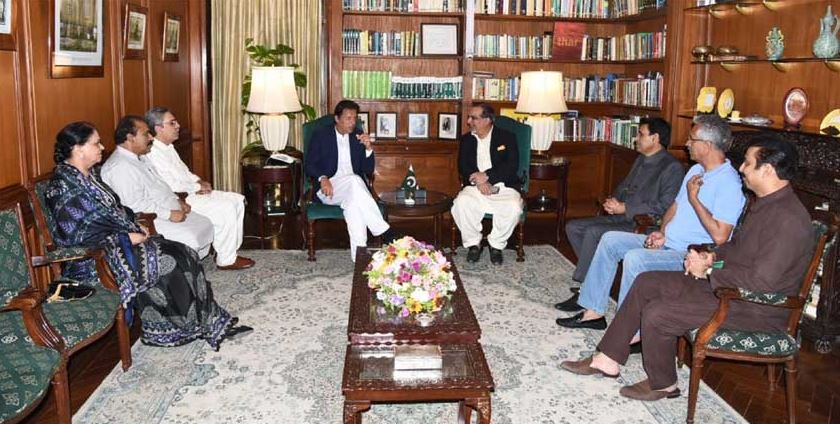 Governor Sindh Imran Ismail was also present in the meeting.