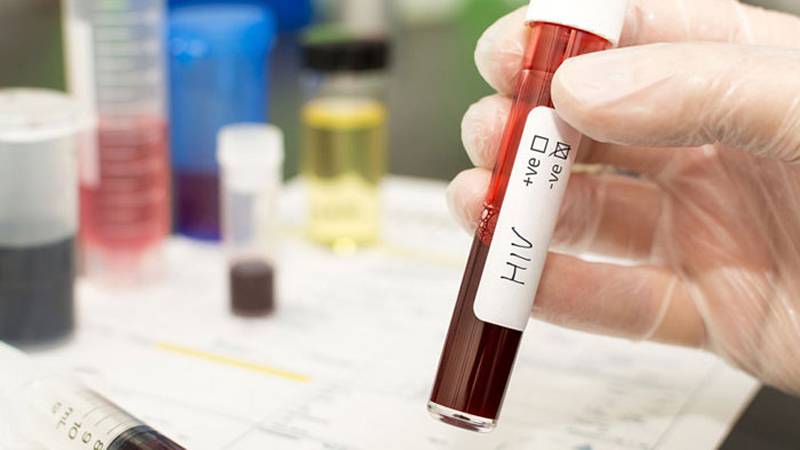 KARACHI - A man killed his HIV positive wife on Wednesday accusing her of having an extramarital affair after she was screened HIV positive in the recent days.

The incident took place in a village near the epicentre of the outbreak on the outskirts of Larkana in Sindh province, where thousands were tested with HIV positive in the last month.

According to police, the husband strangled her 32-years-old wife and mother of four, with a rope and then hung her from a tree outside his home after she was tested HIV positive in recent days.

LARKANA – PPP Chairperson Bilawal Bhutto Zardari has said there is a lack of awareness about HIV in Pakistan, so ...

Shikarpur district police Chief Sajid Sadozai confirmed the incident and informed that the police has launched an investigation into the murder and arrested the suspect on murder charges.

Minister of State for National Health Services, Regulations and Coordination Dr Zafar Mirza said that so far 21,375 people had been screened, out of which 681 people had been identified as HIV positive with a case detection rate of 3.2%. He added the most striking feature of this outbreak was the fact that children between the ages of 2-5 years were most infected followed by age group 6-15 years.

An HIV outbreak was reported, by the local media, in Ratodero Taluka, district Larkana on April 25, 2019, as 15 children with complaints of persistent weight loss and fever, had been tested positive for HIV by a local Physician in Ratodero.

Blood samples of these 15 children were later sent to a referral laboratory of the SACP and as per the report shared by SACP, three of 15 cases were confirmed by Rapid Diagnostic Test on the first day.

The NACP immediately responded to a request made by SACP to send a team to join the response and help in providing HIV screening kits. The national program immediately sent 3000 HIV test kits to Ratodero.

According to the UN, Pakistan faces the second fastest HIV growing rates across Asia after about 20,000 new HIV infections were reported in 2017 alone.