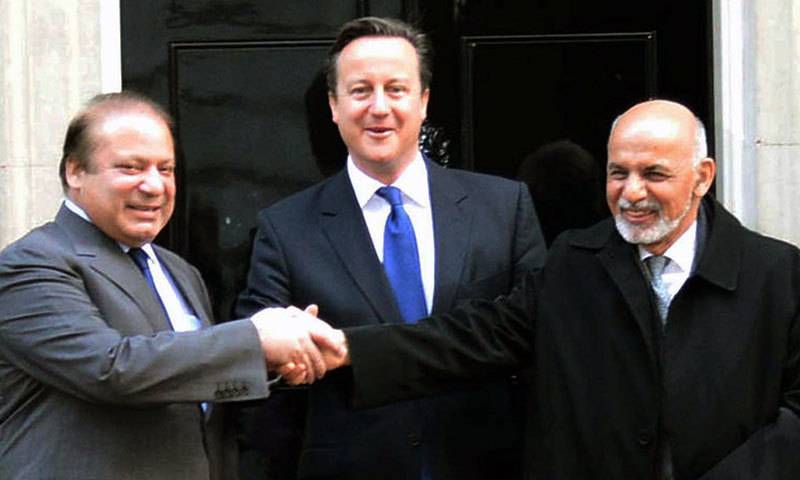 During the course of warm and cordial exchanges, Prime Minister Sharif stressed the need for all parties to remain committed to the promotion of peace and stability in Afghanistan, notwithstanding the obstacles and impediments in the pursuit of this objective.

The Prime Minister also assured the leaders of Afghanistan and the United Kingdom of his government’s strong resolve and commitment to ensure that the Pakistani soil is not used for terrorism anywhere.

In this context, the Prime Minister also apprised the two leaders of the successes achieved during last one and half year in the military operation Zarb-e-Azb, launched against all militants and terrorists, without any distinction or discrimination.

The Prime Minister also told the Afghan President that a warm welcome awaited him in Islamabad at the Heart of Asia Meeting on December 9.

The British Prime Minister spoke of his great admiration for Prime Minister Nawaz Sharif and President Ashraf Ghani and lauded their strong commitment to work closely for the common objective of peace and stability in Afghanistan.

He assured both leaders that the UK would remain available with its support and assistance in their common endeavour to promote the reconciliation process in Afghanistan.