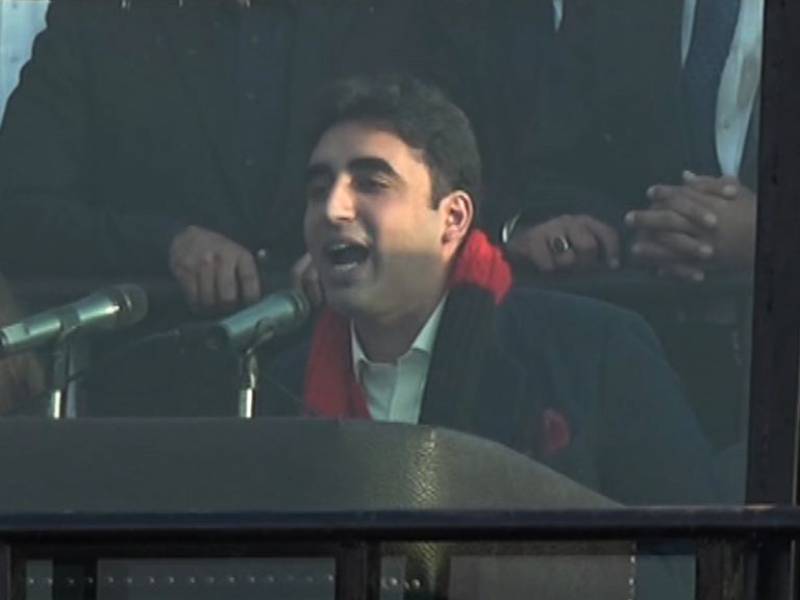 KARACHI (Web Desk) - Clearing aside the impression that Pakistan People’s Party has deviated from its ideology, Bilawal Bhutto Zardari said on Monday even dictators have not succeeded in doing so during the last four decades.

Addressing a rally in Malir in connection with PPP’s 49th foundation day.

He said Bhutto laid the foundation of PPP when Pakistan’s interests were being sold after a war that the country had already won.

The PPP chairman said his party was waging a war against terrorism and would continue doing so till the elimination of the last terrorists on Pakistan’s soil. He said anybody who supports the violent elements is a traitor.

He urged the laborers, peasants, and poor to unite against the forces of oppression. Bilawal said he wants to send a message to those who have hatched conspiracies against the PPP since its inception that an ideology could not be eliminated.

“If you support me, I will stand by with you like Zulfiqar Ali Bhutto and Benazir Bhutto,” he said.

In a message to the federal government, he said his party would resist any move on part of the government to privatise the PIA, Steel Mills or other national institutions.