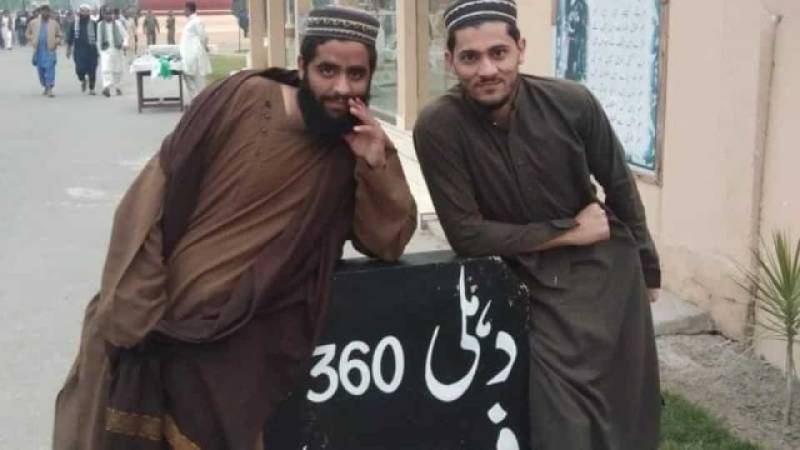 NEW DELHI - The Delhi police took down posters showing two alleged Jaish-e-Mohammad operatives days after a seminary in Pakistan identified the so-called operatives as its students who never visited India.

The anti-terror unit of Delhi police, Special Cell had released the pictures of two young men claiming that they were members of a terror organisation, warning of a probable terror strike in the national capital.

However, the law enforcers were left ashamed when the alleged 'militants' were identified as Nadeem and Tayyab who had nothing to do with any terror outfit and were students of a seminary in Pakistan.

In its bid to discredit Pakistan, India also generated an alert with a picture showing two young men leaning against a milestone on which “Firozpur 9 kilometres, Delhi 360 kilometres” was inscribed in Urdu.

The police handout cautioned citizens to alert the law enforcers if they spot the duo, assuming that the picture was taken in Firozpur, a town in India’s Punjab.

Indian war hysteria was dashed when the administrator of Jamia Imdadia in Pakistan’s Faisalabad city identified the men in posters as students of his seminary who never visited India.

Addressing a press conference alongside the students, Mufti Zahid said both took a picture at Ganda Singh border along a milestone which showed the distance to Delhi and Ferozepur.

Though the posters were taken down after the 'damaging' presser, it took India a few more days to reverse the terror alert.

An officer from the special cell, however, said that they had received the alert from intelligence agencies and that its credibility was not questionable.

“Agencies concerned had conveyed to us that these two men could create trouble and because we wanted to sensitise people in a specific area, the posters were put up. Posters were removed after the purpose was served. Such inputs are meant for a specific time duration and a particular area. It is a usual exercise,” DCP Verma said trying to divert the humiliation.