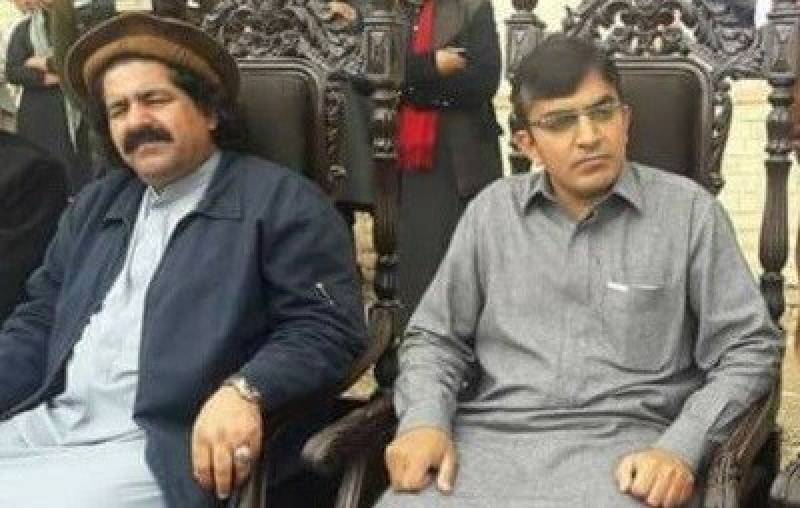 PESHAWAR - The Federal Investigation Authority (FIA) on Friday took Ali Wazir and MohsinDawar, members of National Assembly (MNAs) from Waziristan and leaders of the Pashtun Tahafuz Movement (PTM), into custody after offloading them from a Dubai-bound flight at the Peshawar airport.

The Federal Investigation Agency (FIA) has arrested them at the Bacha Khan International Airport after offloading them from a Dubai-bound flight moments before the departure.

Wazir and Dawar, who were going to Dubai to attend a Pashtun cultural event on an invitation, were barred from leaving the country as their names were found on the Provisional National Identification List (PNIL). Dawar and Wazir had been nominated in a case registered against them in Swabi.

A leading daily claimed that Dawar has been released since his pre-arrest bail plea was approved by the court, while his party fellow has been shifted to FIA's headquarters in Hayatabad. Wazir will be handed over to Swabi police in the case.

In August, the police registered a case against them and other PTM supporters over various charges, including rioting, after a public meeting of the party in Swabi.

Mohsin Dawar speaking at the airport said, “Such actions will strengthen their struggle and expose the state”.

Meanwhile, Ali Wazir said that they were hindrances in their way because the PTM’s detractors were now afraid of the growing momentum of the movement.

The PTM emerged as a movement for the ones affected by the war on terror in the tribal areas, mainly South Waziristan.

It rose to prominence in January 2018 when it began a justice movement for Naqeebullah Mehsud, who was killed extrajudicially during a police encounter in Karachi.