Legislation on army chief's extension to be made with political consensus: PTI minister 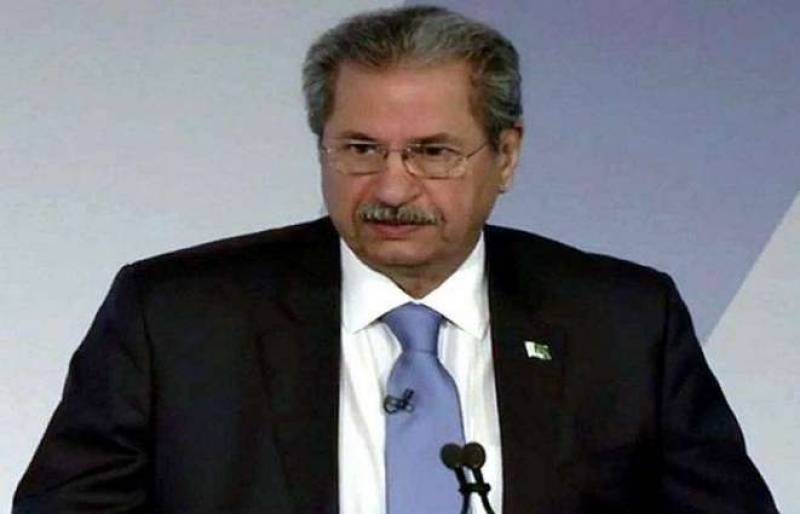 ISLAMABAD - Minister for Education and Professional Training Shafqat Mahmood Saturday said legislation on the extension of Chief of Army Staff (COAS) General Qamar Javed Bajwa would be made with consensus of all the political parties in the Parliament.

The government was ready to consult with all the opposition parties including Pakistan Peoples Party and Pakistan Muslim League-Nawaz on the issues of national interest, he said talking to a private news channel.

The minister urged all the political parties to show maturity and unity over national security issues.

He said many legislation and appointment of Public Accounts Committee (PAC) Chairman Rana Tanveer Hussain had already done with the consensus of all the political parties in the Parliament which was the beauty of strong democracy in the country.

Shafqat Mahmood said the Pakistan Tehreek-e-Insaf (PTI) government did not have enmity with any political party but it was committed from day first against elimination of the menace of corruption and to recover the looted national exchequer from corrupts and plunderers.

The National Accountability Bureau (NAB) was carrying out the corruption cases against looters without any interference of the government, he added.