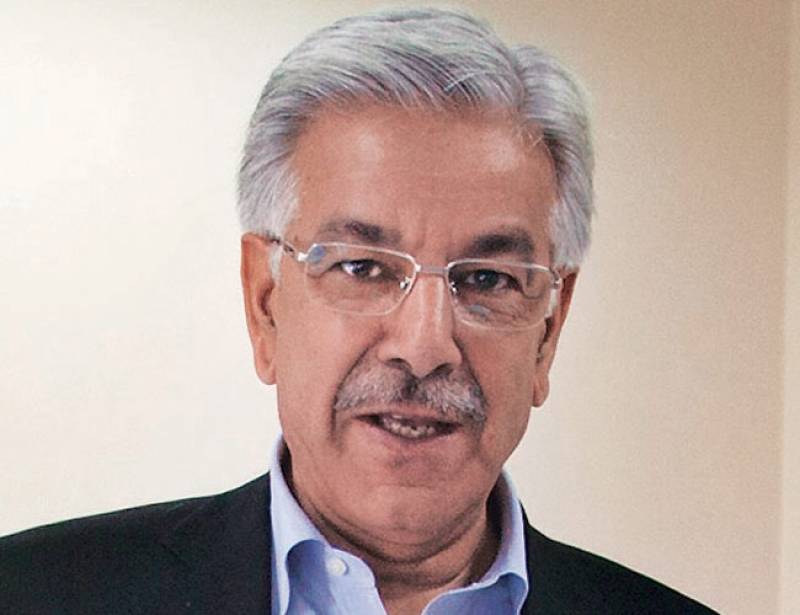 ISLAMABAD - Defence Minister Khawaja Asif has returned to Pakistan after a short trip to Dubai with his family.

Soon after landing in Pakistan, the PML-N minister announced his arrival on Twitter with a Bollywood dialogue in an obvious aim at his political rivals.

Kh Asif was in UAE with his family to attend a wedding over the weekend, amid heightened political temperatures as Pakistan Tehreek-e-Insaf is gearing up for a major anti-government rally in the federal capital - dubbed as Islamabad lockdown - on November 2.

Asif's departure was met with jubilation from the opposition, which claimed he had 'fled' the country following the removal of Information minister Pervaiz Rashid over the ‘Newsgate’ controversy.

‘Mubarak to nation! 1 darbari sacked, the other flees’

In a post on Twitter, PTI chairman Imran Khan had 'congratulated' the nation, claiming that one of Prime Minister Nawaz Sharif's close aide had “fled” while another had been sacked, and the rest were "trembling as they look over their shoulders".